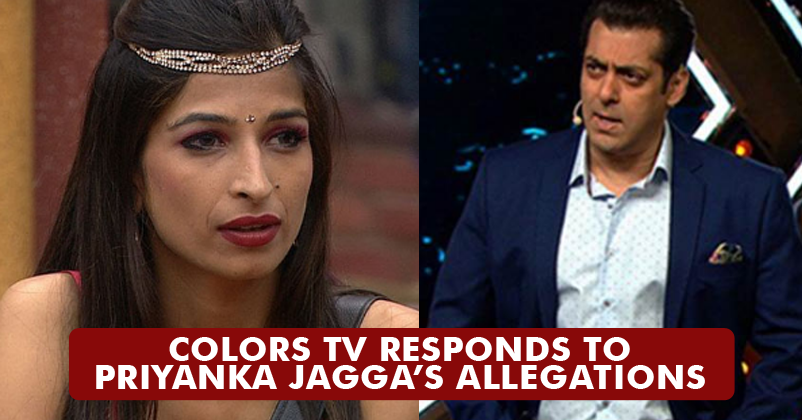 Priyanka Jagga was a controversial character and no doubt, she had created a lot of havoc inside the Bigg Boss house. She hurled abuses and passed demeaning comments on contestants; this is the reason Salman Khan had kicked her out of the house. Moreover, he also said that if Colors channel ever ropes in Priyanka for any of their ventures, he will never appear on the Channel again. Ever since the time Priyanka has been thrown out of the show, there has been a lot of buzz surrounding it. Everybody is shocked as to how such a thing can happen.

Soon after the exit, Priyanka went live on Facebook and revealed many secrets; she said that Bigg Boss house didn’t provide her with proper food or medical facilities and that her condition was deteriorating. Priyanka said that this was the main reason behind her quitting the show; she had purposely done this drama so that she is kicked out of the show.

However, Colors channel came out with a report and dismissed all the claims of Priyanka Jagga. As per the channel, all the claims made by her are fake and bogus.

They issued a statement that read

“We wish we could show the audience the uncut version of how Priyanka Jagga misbehaved with Salman. She argued back in the most offensive manner. And from past 10 seasons we have been giving medical help to contestants why will we single out one contestant? This is a ridiculous claim that she wasn’t given adequate medical help. This is a case of sour grapes.” Who do you think is correct here? Priyanka or Colors channel? Do share your views in our comments section below.

Twinkle Hits Back At Salman Khan’s Fans For Trolling Her! Here’s How She Used Her Wit!
With 3rd Day Collections, Dangal Broke 6 Records! Beat Sultan In These 2 Aspects!