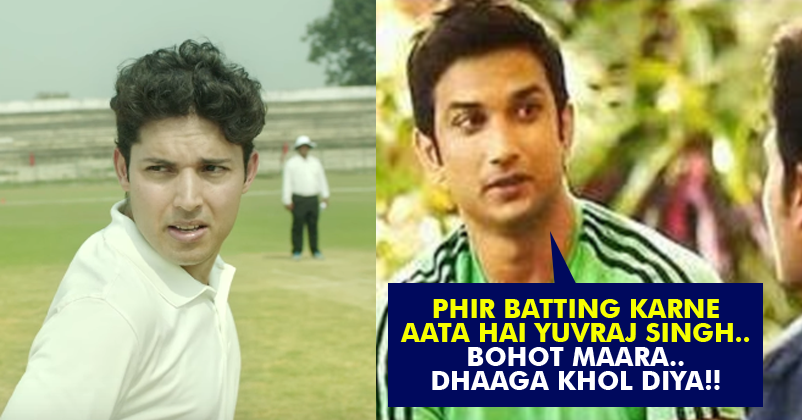 It was quite mesmerizing for the fans of cricketer Yuvraj Singh to see him scoring a ton after such a long time, considering the fact that he was suffering from cancer for long. Yuvraj scored 150 runs against England in ODI played at Cuttack and thanks to Yuvi and Dhoni, India sealed the ODI series by winning this match. Meanwhile, when Yuvraj and Dhoni were playing shorts and scoring runs on the field, there was one person who was scoring on Twitter by making some witty tweets.

We are talking about actor Sushant Singh Rajput who has played the lead role in the biopic of former Indian cricket team captain, M S Dhoni. He also quoted a dialogue from the scene sequence in which he talked about Yuvraj Singh with his friends and told them about the match which was played between Bihar and Punjab in Cooch Behar Trophy.

Here is how Sushant summed up Yuvi’s performance with this dialogue which fits perfectly in both the situations, “Phir batting karne aata he #YuvrajSingh. Bahut maara, dhaaga khol diya, ekdum..!!”

Yuvraj Singh was the captain of Punjab U19 team while Dhoni was selected in the team for this tournament. Punjab defeated Bihar in the match as the stylish left hand batsman scored 358, one run more than the total score of Bihar. We believe that it is the best tweet about the performance of Yuvraj Singh in Cuttack ODI. What do you say? Let us know your views in the comments section below.