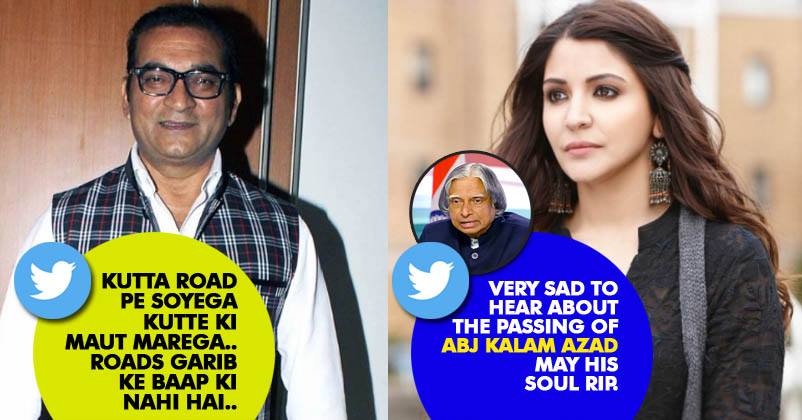 The social media handles of the Bollywood celebs are always under critical observations by the media and the audience. We keep a track of the slightest details of their accounts. These days every celebrity thinks for a million times before posting anything because there are high chances that they can get trolled for some insignificant post of theirs.

There are few celebs whose Twitter posts will prove that they are on a different level of senselessness.

Her hilarious tweets done as Mrs Funnybones is massively liked by the audience. She thought to help her husband for his movie promotion “Toilet Ek Prem Katha”. So she posted a photograph of a man who was freshening up on the beach. She tweets sensible things on Twitter but what happened here?

When the whole country was praying that the upheaval caused by the Ram Rahim followers in Punjab settles down ASAP, Sidharth’s mind went on a brainless rampage and he started promoting his upcoming movie tweeting that he hopes the people can see this movie soon. Was he drunk? 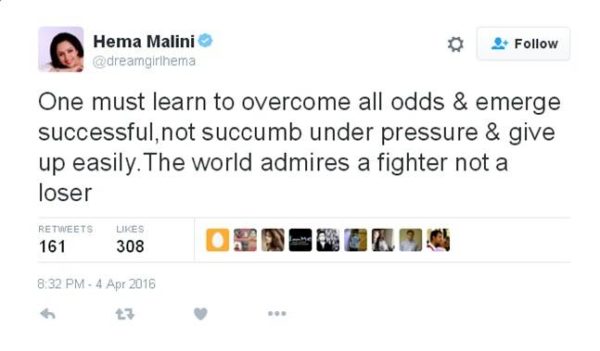 She tweeted this when Pratyusha Banerjee committed suicide after personal issues. She couldn’t handle it after a limit and decided to end her life. Hema Ji’s tweet was sheer insensitive because did she even know what Pratyusha even went through?Instead of sharing her condolences she blamed the beautiful girl. 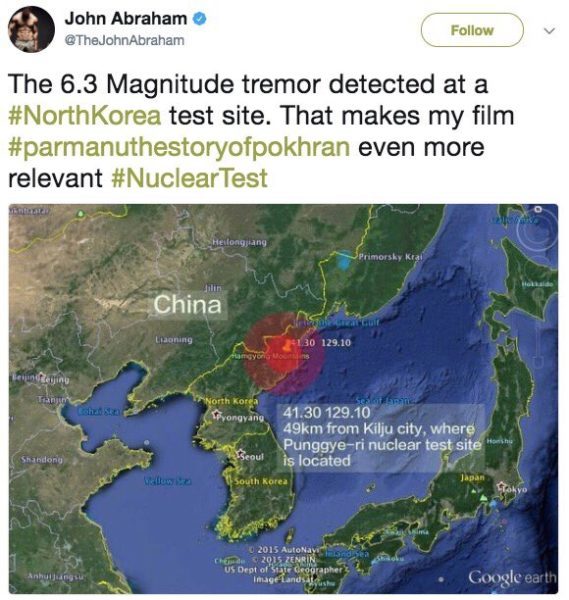 Even though he is one of the hottest actors of the Bollywood industry yet this type of tweet was not expected at all. He promoted his upcoming movie which is based on Pokhran nuclear tests. 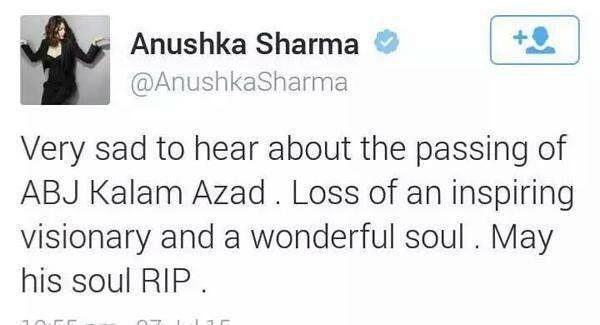 We all understand that the Bollywood celebs are under a lot of pressure and stress but who on the earth will write the name of such a legendary person wrong. We understand that she too was sad but Anushka should learn the art of proofreading. 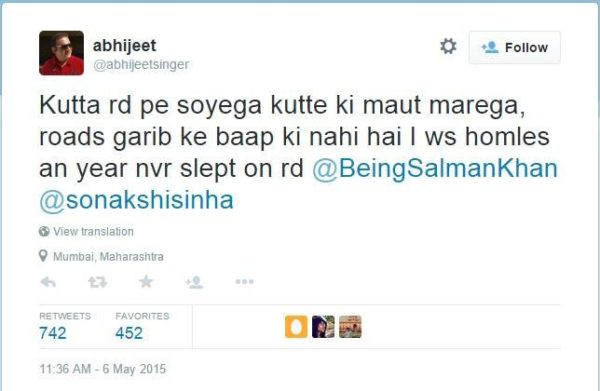 He has been tweeting nonsensical tweets since a long time. This tweet was posted in context with the Salman Khan hit and run case. Abhijeet is loved by millions of music lover but he lost respect when he tweeted this insensitive piece.

If I have a son I will name him Hashtag. Hashtag Chopra, I like the sound of it or just #Chopra

After reading this tweet of his I can only felicitate him as the king of the mindless clan. Twitter is not his cup of tea it seems.

Paresh Ji no one can match your acting skills but in real life, you need to get out of your Phir Hera Pheri character. You have some moral responsibility towards the society in which you live. He came up with his own conclusion of the two different matters combining them as one.

One of the finest actress of the Bollywood industry but she definitely needs grammar lessons. 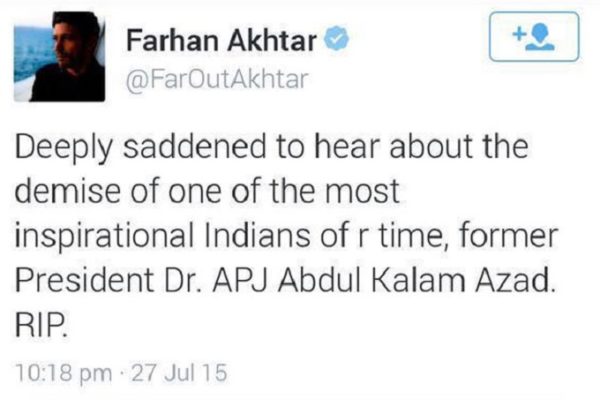 Farhan not you! We all had high hopes. Farhan too mispelled the name of the celebrated Indian leader.

The most heinous crime is killing an innocent

Kapil Sharma Was Asked If Sunil Grover Will Come Back! Check Out What He Replied!
Sushant Was Accused Of Having Ego Issue With Madhavan! Even Madhavan Loved Sushant’s Reply