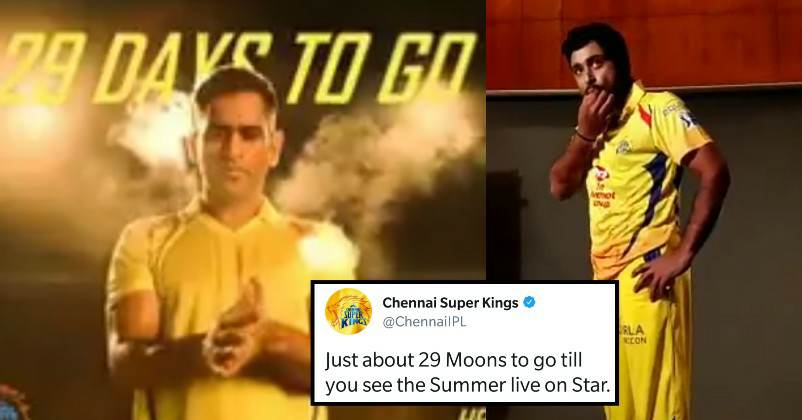 The T20 bash Indian Premier League will start on April 7 this year and the fans of Chennai Super Kings are super excited because they are going to see their team on the field after two years. CSK is one of the strongest teams of IPL and it has won IPL two times – 2010 & 2011. Not only this, it also has the best winning percentage among all the teams.

MS Dhoni has led the team in a wonderful manner and it will be a special treat for his fans to see him again playing as a captain of the team, especially because he has left the captainship of Indian national squad.

If you are a fan of CSK and didn’t visit their Twitter account yet, the first thing that you should do is to go to their official Twitter handle because their tweets are increasing the excitement with every tweet.

It seems that CSK management is completely geared up for the IPL 2018 and they love to share all the updates with their fans, whether it is the team gathering in the hotel or whistlepodu done by their fans or return of their logistic manager.

Here are some tweets by CSK that will make you excited for IPL 2018:

Ambati Rayadu tells how to do whistlepodu:

Sanjay Natarajan is back

Welcome back our Logistics Manager, Sanjay Natarajan! A passionate Animal Welfare Worker, his love for the Animal Kingdom knows no bounds. Looking forward to a sooper summer! #PrideOnWheels #WhistlePodu 🦁💛 pic.twitter.com/05Y2tuH1xB

Can’t wait for IPL to start now! What about you?