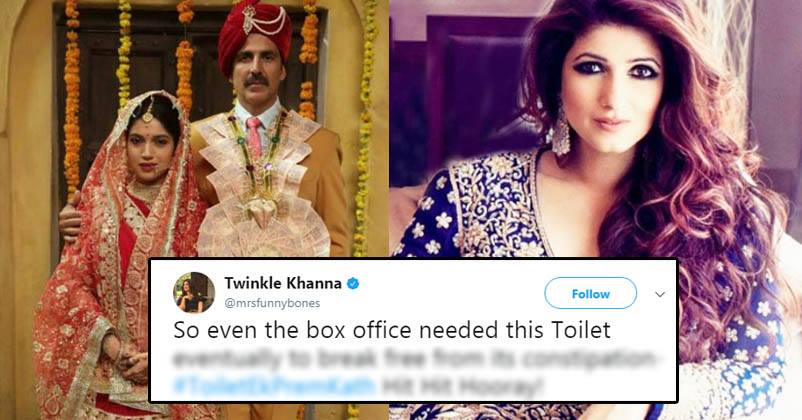 Bollywood has gone through a dull phase this year as none of the big films actually made a mark at Box office. To end the woes of distributors and investors, Akshay Kumar’s Toilet Ek Prem Katha released and took the Box Office by storm.

The film has collected 63.45 crores net in 4 days which is great considering the budget and lack of chartbuster music. The film has been declared a strong Hit at Box Office and is on the way to be second 100 crores grosser of Akshay Kumar this year. 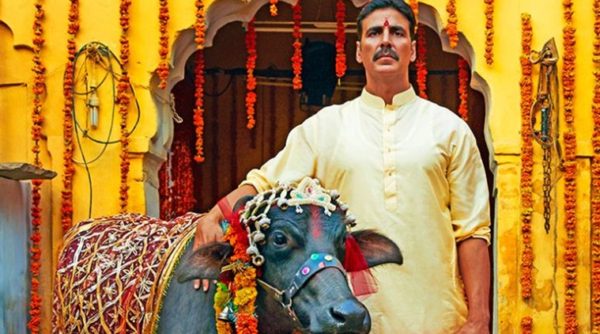 Also, the film is set to be 5th consecutive 100 crores grosser of Akshay after Airlift.

Akshay’s wife, former actress and current author Twinkle Khanna is overwhelmed with the success of her hubby’s film. To express her joy, Twinkle took to Twitter and tweeted something which seems to have a lot more meaning than just an expression of joy (and you don’t need to read between the lines for that). Have a look-

So even the box office needed this Toilet eventually to break free from its constipation-#ToiletEkPremKath Hit Hit Hooray! pic.twitter.com/IPXx6DiI24

So even the box office needed this Toilet eventually to break free from its constipation-#ToiletEkPremKath Hit Hit Hooray! 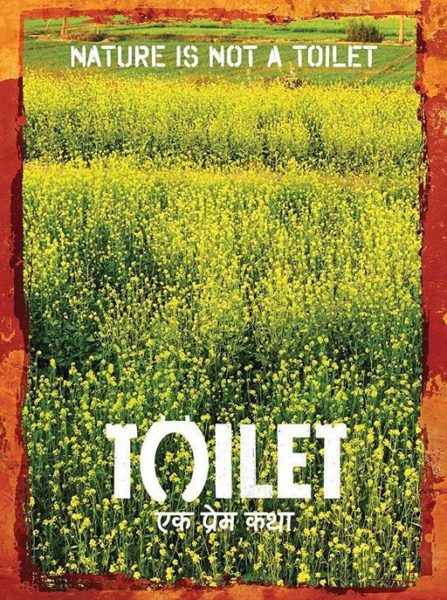 Twinkle in her own hilarious way took a dig at all the Bollywood films released before Toilet Ek Prem Katha and we can’t help but appreciate her sense of humour.