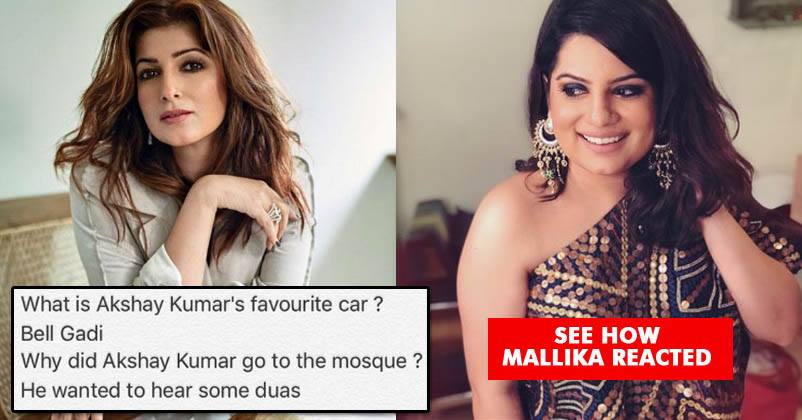 Even Twinkle Khanna took to Twitter to defend her husband and to explain that humor should be taken in its context. We wouldn’t have seen a tweet from Twinkle Khanna, but her fans unnecessarily dragged her in this matter by tagging her & forced her to share her views. 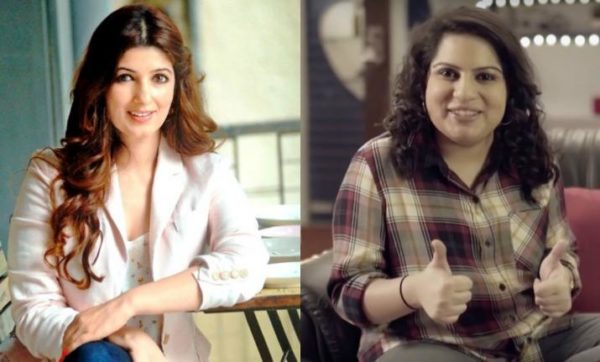 She didn’t personally attack Mallika Dua but her views were crystal clear. If that was not enough, Twinkle launched one more indirect attack on Twitter by sharing 2 lame jokes. Yes, her main motive was to laugh on lame jokes and not create unwanted controversies over them.

Here’s what she shared;

I couldn't resist these two and after this I am done 🙂 #LameJokes pic.twitter.com/3mMckTtmDu

By using the words “Bell” and “Dua”, we know what she means, but she’s clever enough to not launch a direct attack.

Guess Mallika Dua understood what she meant and so, she dismissed her jokes with a tweet;

Her taunt i.e. her laugh was enough to pass on the message to Twinkle Khanna.

God knows till when this controversy will go on. Every now and then, we are getting to know some new statements on this issue. Let’s wait and watch.

Zubair Khan’s Lawyer Gets Angry At Him For All The Drama And Fake Cases
Bigg Boss 11: It’s Going To Be Baap Of All Nominations This Week, Thanks To This Interesting Twist