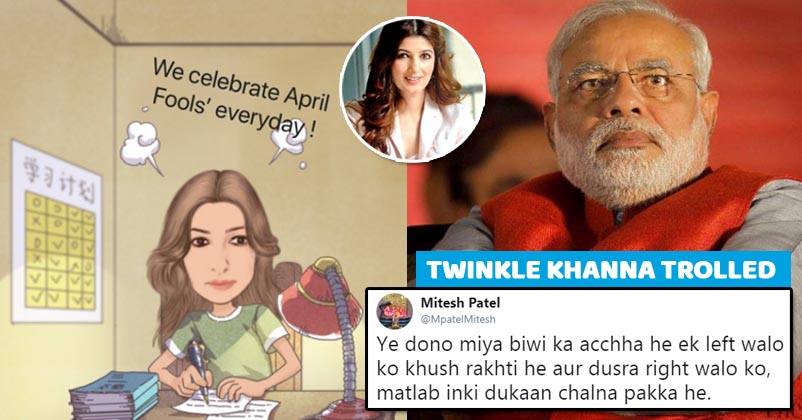 Twinkle Khanna, the famous author and wife of superstar Akshay Kumar, is known for calling a spade a spade and whatever is in her heart is on her mouth but sometimes such frankness invites controversies. 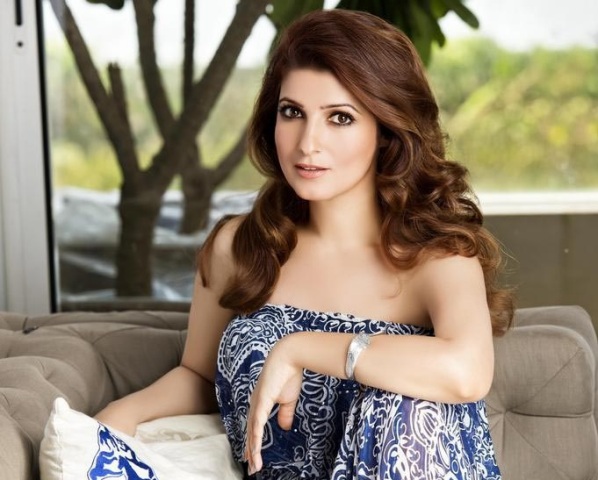 In her recent article, she took a jibe at the “Acche Din” slogan of Modi government and she put across all her observations regarding why we Indians celebrate April Fools’ Day every day.

She tweeted the link to this article on April 1, in which she wrote, “We celebrate April Fools’ everyday!”

In her article, she talked about businessman Nirav Modi who fooled Indian banks and the MLA who tells girls not to make boyfriends and also about the CBSE Board paper leak. She touched upon many other points too. Here is the complete article:

“But the days when Indians celebrated April Fool on a single day are long gone. Just take the last few months. We had a tiny zircon, Nirav Modi, fooling the banks into thinking he was a real gem. Then our science and technology minister claimed that it was Stephen Hawking who said the Vedas have a theory that is superior to the theory of relativity.

We also have marigold phools like MLA Pannalal Shakya saying girls should not make boyfriends, which has led to the same girls fasting last Monday asking God not to make men like him in the first place.

Let’s not forget the lakhs of young students who spent endless nights studying while their parents spent the same amount of time worrying. But just as students finished their papers and were starting to celebrate, the CBSE woke up to paper leaks and announced, “Fooled you! Exam warriors, this doesn’t count! Now, you have to do it all over again!”

Then we have the Rs 3,600-crore Shivaji statue, which is now going to be even taller — from 192m to 210m, according to a report in this very paper. Congress leader Prithviraj Chavan, meanwhile, is accusing the BJP government of making the proposed statue shorter. This is literally the height of absurdity. Either way, the statue will prove to be very useful in the future, as it ensures that all 1.3 billion of us have enough space to repeatedly bang our heads on its vast surface.

Around the world, April Fools’ Day comes once a year, but we Indians celebrate it every day, we just call it achhe din.”

Twitter reacted in a mixed manner; while some didn’t like her approach, few praised her for taking a stand. Here are some reactions:

Mam ur funny as hell

Wow Twinkle.. very thought provoking to many of us who get fooled by our beloved politicians everyday!! Ache Din will only come when we start fooling these politicians!!

Everyone is entitled to give her opinion but what a difference between your partner and you! Bravo! I wonder how do your political debates go!

Few people had different opinions too:

It was good but I did not agree with you on your views on Statue and Ache din.This is also true that BJP is exposing all scams of Congress

Hey not so funny bones.. all countries around the world have their share of monuments in the honor of great kings n freedom fighters.

I am sure you must be experiencing Ache Din from the time u were born to 2013. After all, Gandhis n scams brought ache din..

What is your take on this? Let us know.