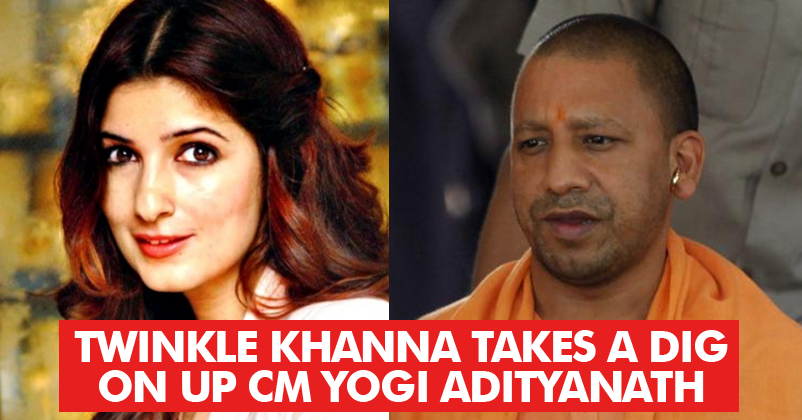 Twinkle Khanna, Mrs. Funny Bones, one of the funniest celebs on Twitter is known for her unapologetic humor and sarcasm.
Her witty comebacks and one-liner are the perfect outlets of truth. Sometimes, her sarcasm is a reflection of her stern opinion and thoughts.

While she was attending the India Today Woman Summit recently, she was asked about her opinion on UP CM Yogi Adityanath, in reference to his very degrading thoughts about a woman. The lady who slays always and there’s nothing less than perfect comeback we can expect. She said,

“He needs to do an asana, which helps release gas.”

She did not stop there, she took a sarcastic poke at the CM and said,

“But I think he’s also changing fashion. In fact, I had tweeted as well that Asian Paints must announce the new color of the season — ‘Beguiling Saffron’ with a tagline: Orange is the new brown.”

The Chief Minister of UP, CM Yogi Adityanath has made many distasteful comments on women, he earlier said that if men acquire qualities like women, they can be gods but if women acquire qualities like men, then they become like demons. He is against the concept of western feminism, he believes that a woman’s primary responsibility is to take care of house and family. What we applaud here is that one’s humor can ease some burdened thoughts off our mind. Twinkle Khanna pretty much does the job without really making her thoughts preachy.