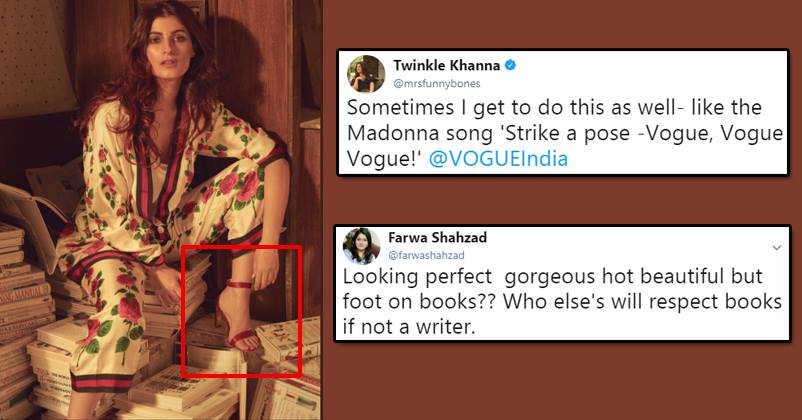 The gorgeous veteran actress and Akshay Kumar’s wife, Twinkle Khanna makes headlines on social media sites every now and then. She is an active netizen, especially on the micro-blogging site Twitter where she often gets praised as well as criticized and even trolled sometimes.

It’s an open secret that she’s a brilliant writer and her two books entitled “Mrs Funnybones” and “The Legend of Lakshmi Prasad” have attained immense popularity. Well, for any writer, it’s quite obvious to show respect to books but when Twinkle posted a pic of herself with books, she got brutally trolled by furious Twitterati.

It so happened that on Tuesday, Twinkle took to Twitter and shared a photo in which she was seen sitting on a pile of books. This pic is a part of the photoshoot that she did for a fashion magazine. 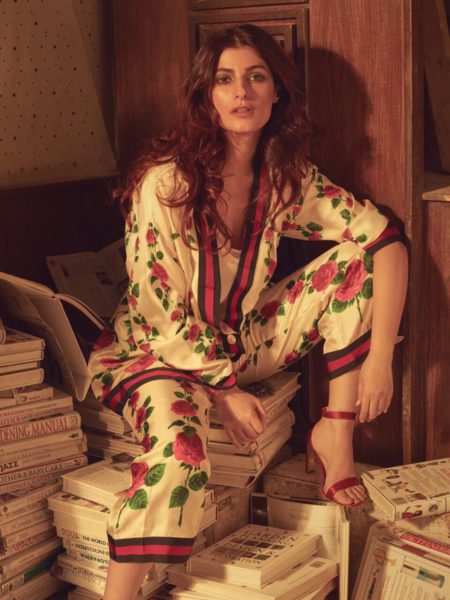 She shared the photo with caption, “Sometimes I get to do this as well- like the Madonna song ‘Strike a pose -Vogue, Vogue Vogue!’ @VOGUEIndia”

Sometimes I get to do this as well- like the Madonna song 'Strike a pose -Vogue, Vogue Vogue!' @VOGUEIndia pic.twitter.com/bXDTY01hnQ

Her foot is on a stool which people misunderstood to be a pile of books. This filled public with wrath and they trolled her left and right. Check out some tweets:

She has a point:

Looking perfect gorgeous hot beautiful but foot on books?? Who else's will respect books if not a writer.

In India we treat books as Maa Saraswati & your sitting on books also keeping your feet on it. being yourself a writer pls respect the books

Don’t insult books by sitting on them:

Advice from a fan:

How could you make her pose sitting ON the books @VOGUEindia ?

Such a shame to sit on the books with footwear..Just Yuck !!@VOGUEIndia

After getting trolled for her pic, Twinkle shared another pic with a note which read,

“P.S For the easily outraged : My foot is on a stool and not a book because I don’t want to get dust on the cover– aside from that I have no qualms with sitting on books, sleeping next to them or even keeping a pile in the bathroom to read regularly-The God of Wisdom visits you when you read books not worship them – Love and laughter from this bookworm.” 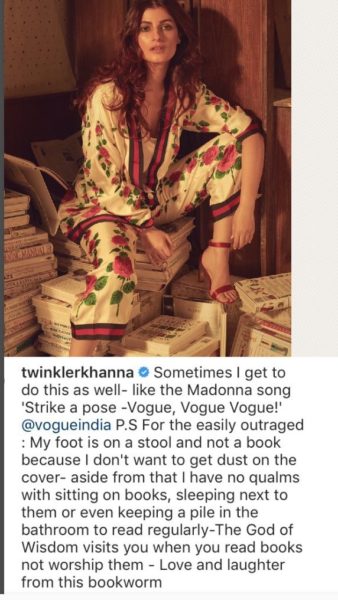 For the easily outraged – pic.twitter.com/9Ue65znBOv

15 Weirdest & Silliest Clothing Items You Won’t Believe People Actually Bought
Here Is A List Of 15 Richest Engineers On The Planet. Their Wealth Will Give You Earning Goals Right Now