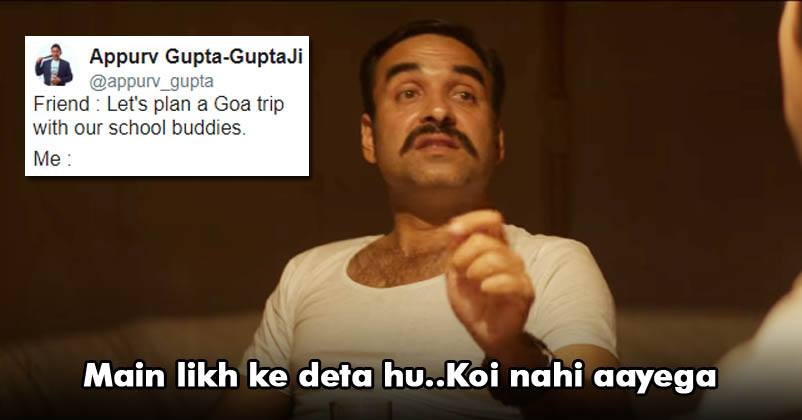 Amit Masurkar’s “Newton” starring Rajkummar Rao in the lead role has constantly been making news even since it is released. The movie has garnered appreciation from viewers and critics alike and what adds to its majesty is the fact that “Newton” is India’s official entry to Oscars.

The movie’s two scenes featuring Rajkumar Rao and Pankaj Tripathi caught attention of netizens and meme-makers. They converted the scenes into hilarious memes which resulted in some very funny tweets!

One of these scenes was also in the trailer of “Newton”, which showed Pankaj challenging Rajkummar, stating that no one would come at the polling booth. The dialogue is, “Main likh ke deta hun, koi nahi aayega (I will give it to you in writing, nobody will show up).” 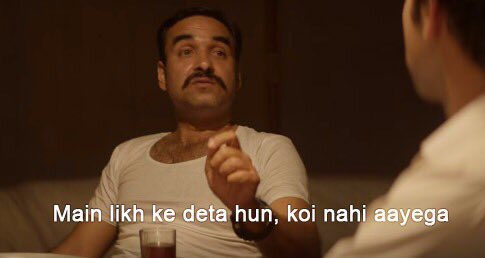 Twitterati created their own humorous situations and these tweets will leave you in splits:

Friend : Let's plan a Goa trip with our school buddies.

BCCI : We'd like to schedule more such home series in India.
ICC : pic.twitter.com/iX4L5XeZg1

Another scene when Rao replies, “Likh ke dijiye” is also spun into an amusing meme! 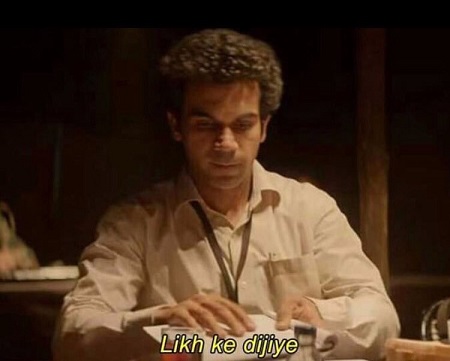 These tweets will tickle your funny bone:

Meteorological dept: It is not going to rain for the next 24 hours
Mumbaikars: pic.twitter.com/vOntN0H1vu

Dad’s reaction when you talk about gym:

Me : I’m going to start eating healthy food and will go to the gym from tomorrow morning, 6am.

When friend asks for money and assures to return:

Next time if someone says "Engineering kar le, Bahut scope hai" 😀
You: pic.twitter.com/btbqLnvy0I

When AAPtards talk about free Wi-Fi:

BCCI: from next match onwards only Kohli will take decisions, we have asked MSD to not interfere

When your crush says:

Crush: You'll find a way better girl than me
Me: pic.twitter.com/hv4Ez26Da2

Well, we must say that these memes have made the movie immortal and it will be remembered in the history of social media for a long time!! Have your own version for memes? Share with us!

A Fan Blamed Akshay For Wasting Water. He Gave The Most Polite & Sensible Reply
Understand Evil Minded Corporate Strategies Through These Bollywood Movies