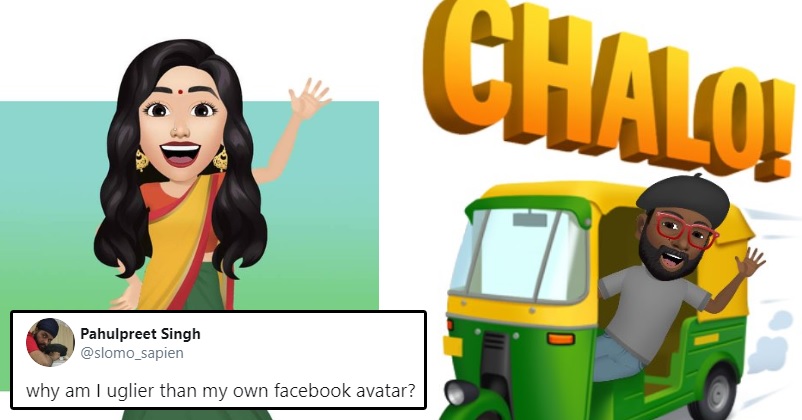 Facebook is among the most popular social media networking sites in India and it is serving as a medium where a person not only gets entertained but can also gain knowledge and remain in touch with his loved ones. Other than the option of messaging each other, it also facilitates users with video chat. It is also one of the best places for marketing purposes as it has added a feature of marketplace some time ago.

In order to keep its users engaged and excited, Facebook also keeps on coming with new features and the latest one is the Avatars. This feature is letting the users create a cartoon version of himself by selecting his looks, hairstyles, clothes, etc. from a huge number of options provided by Facebook. The new feature is getting all the love and attention of users who are not only creating their Avatars but also posting it as their profile photo. The Avatars are really very cute and it seems as if people are once again living their childhood through them.

While many have fallen in love with the Avatars, the memers are also quite happy as they have now got a new topic to make memes and show their creativity. Here are some of the selected ones:

New feature in facebook❤️and I created my self avatar😜 pic.twitter.com/3h0tJpJINM

58 year old uncles are trying their Cartoon Avatar on Facebook.. According to them ,this is how they look irl… pic.twitter.com/9cDRzMnF4N

FB Lite user asking for Avatar feature be like pic.twitter.com/rr19uIg42X

That moment when you realize the "Avatar" thing in fb doesn't give you "choose teeth" option 😒😒 pic.twitter.com/4Eqy5f0NEX

why am I uglier than my own facebook avatar?

Are you also productively employed in making your digital avatar on Facebook which looks nothing like you?

I used to think I’m ugly , today I tried to create my FB avatar and realized I was right.

Have you posted your Avatar on your profile photo?