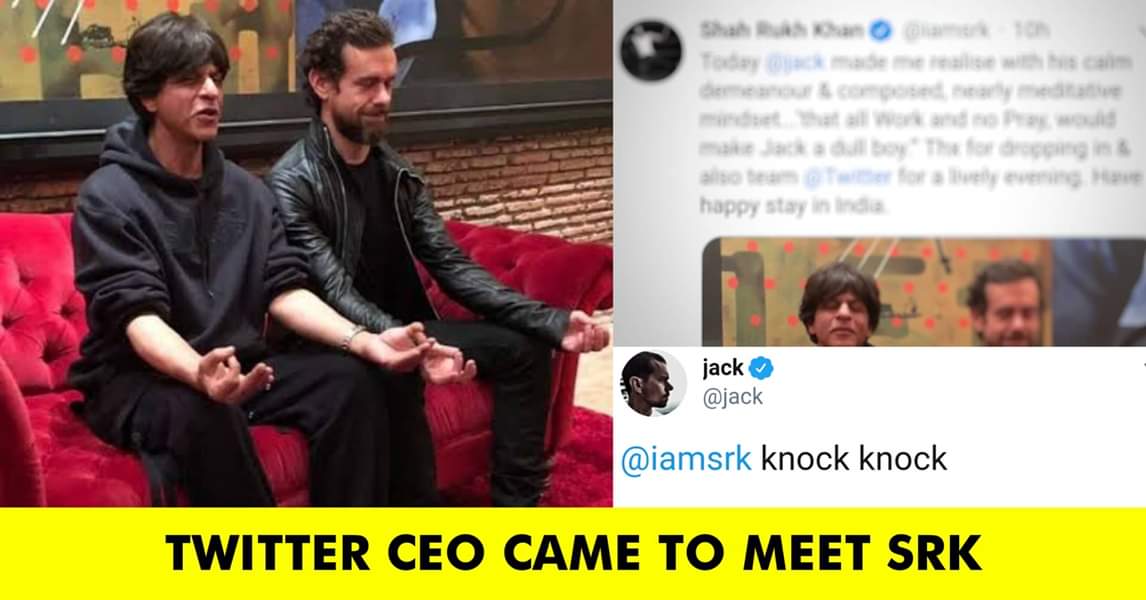 So apparently, Jack Dorsey, the CEO of Twitter and our very own SRK had some good natured banter on Twitter last night. 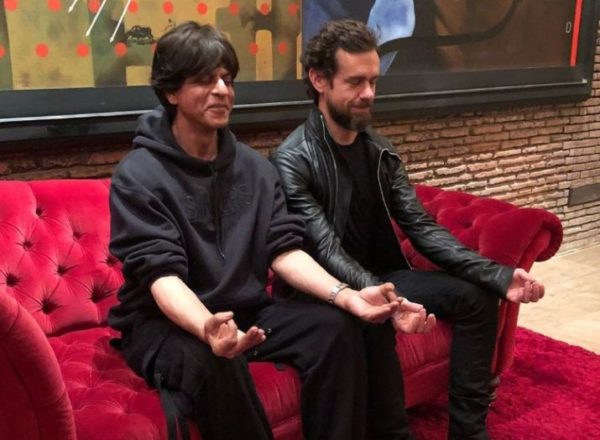 Jack Dorsey is in India at the moment and has made it a point to meet up with the most important people of the country. As a matter of fact, he started with the Prime Minister, and even thanked Modi in a Twitter post.

Dorsey really wanted to meet the Badshah of Bollywood and tweeted,

To this, SRK instantly replied,

Up and Ready. And shockingly on time…if anybody has warned u about my tardiness they r just spreading ‘fake news…’ https://t.co/LE9ybOyJ3K

Eventually, Jack ended up outside Mannat and found it quite difficult to get past the security. Also, SRK was probably about to fly out to Italy for Deepika and Ranveer’s wedding. The next part’s downright hilarious. Jack directed tweeted,

Today @jack made me realise with his calm demeanour & composed, nearly meditative mindset…’that all Work and no Pray, would make Jack a dull boy.” Thx for dropping in & also team @Twitter for a lively evening. Have a happy stay in India. pic.twitter.com/melFfe8NKJ

Ranbir Kapoor And Salman Khan All Set To Fight It Out Again. This Clash Can Be Really Bad
This Is How Ranveer Singh Teased Deepika Padukone At Their Mehendi Ceremony. It’s So Cute