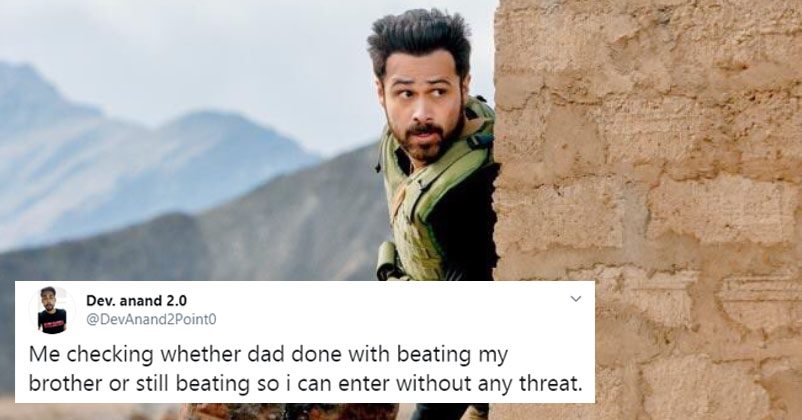 The trend of web series is getting very popular nowadays and some really big production houses are also working to tap this huge market. Bollywood superstar Shah Rukh Khan’s production house Red Chillies Entertainment is also not left behind as it is coming up with a web series titled as “Bard of Blood”.

Emraan Hashmi is going to play the lead role in the series which also stars Vineet Singh, Sobhita Dhulipala, Kirti Kulhari, Jaideep Ahlawat and Rajit Kapoor. It is a spy series that is based on a novel of the same name written by Bilal Siddiqui in 2015. “Bard of Blood” will be of 8 episodes and it has been directed by Ribhu Dasgupta.

Its main plot is about an excommunicated RAW agent Kabir Anand (played by Emraan Hashmi) who is sent on a secret mission to Balochistan, Pakistan, to bring 4 RAW agents back to India. These agents have been captured by the enemies and Kabir Anand goes with a sleeper agent and an analyst.

As the trailer was released, the social media was flooded with reactions and hilarious memes. Here are some of the selected ones:

#BardOfBlood
Me checking whether dad done with beating my brother or still beating so i can enter without any threat. pic.twitter.com/uxUzVQU0cF

When my boss gives me an impossible task and asks to complete it today itself :#BardOfBloodTrailer #BardOfBlood #netflixindia pic.twitter.com/ErDoUQg0ia

"Every Villain in anime before the hero powers up"#BardOfBlood pic.twitter.com/5p97gLWSfR

#BardOfBlood #BardOfBloodTrailer
Me and my friends after giving "phata hua note" to the shopkeeper pic.twitter.com/8lOlSYuVM1

#BardOfBlood
When Tik Tok Lovers Compare Themselves To Meme Lovers

The web series will premiere on September 27 and till then, you can enjoy the trailer and funny memes.

Are you excited for Bard of Blood?

Johnny Sins Gave A Savage Reply To Mia Khalifa’s Total Earning As An Adult Star
Anand Mahindra Took A Dig At Imran Khan: Thanks Lord, He Wasn’t My Geography Or History Teacher