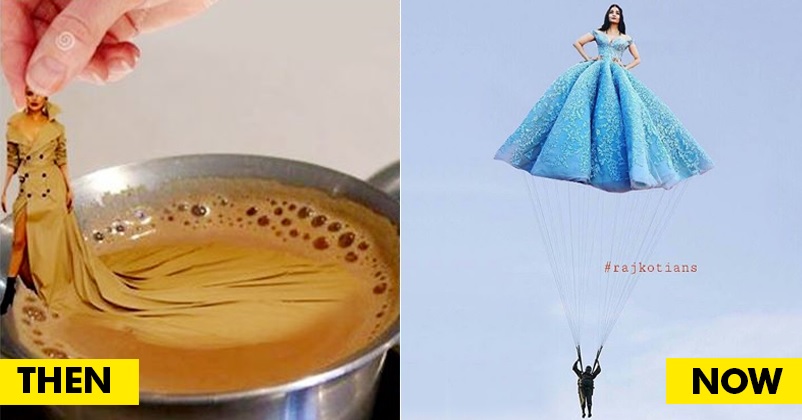 Aishwarya Rai Bachchan took our breath away with her much awaited Cannes 2017 appearance. The gorgeous actress blew away everyone with her mesmerising beauty and style to become an ultimate talk of the town. Even the international media couldn’t stop itself from praising her beauty. Like always, everyone was going gaga over Aishwarya as she outshined herself. But, you know, no appearance is successful if trolls don’t talk about it. And this time again, Twitter trolls had a great time making jokes on Aishwarya’s look. Checkout –

This dress of Aishwarya Rai can cover entire Pakistan when it rains. pic.twitter.com/A0QlSTVWx3

Last time, Priyanka’s Met Gala look became the major topic of trolls as they a had amazing time on Twitter making fun of her Trench Coat. Well, this one doesn’t seem to be stopping soon as Aishwarya will walk on the Red Carpet of Cannes tonight again. We are sure she will again take everyone by surprise.

Then for the next two days, Sonam Kapoor will be walking the Red Carpet. Being a true blue fashionista and always a favourite of trolls, it’s going to be the best time for them on Social Media. What do you think?

Meanwhile, we are just dying to see what they have in stores for us. Bring it on ladies!!

Continue Reading
You may also like...
Related Topics:Aishwarya Rai, Cannes 2017

Sunil Grover In Legal Trouble! A Cheating Case Has Been Filed Against Him & You Need To Read Details!
Dangal Broke 5 Big Records In China! If It’s Baahubali Fever In India, It’s Dangal Fever In China!