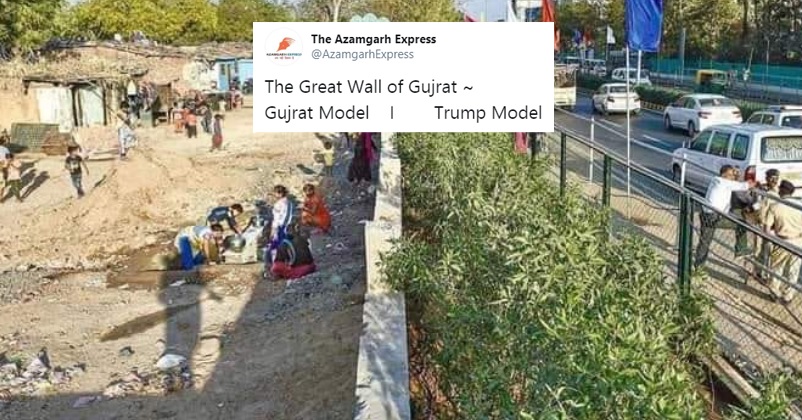 The President of the USA, Donald Trump is on his first visit to India and the Indian government has left no stone unturned in ensuring that he is welcomed in a grand manner. The USA President is accompanied by the First Lady, Melania Trump as well and they will be visiting the Indian cities -Ahmedabad, Agra and Delhi. 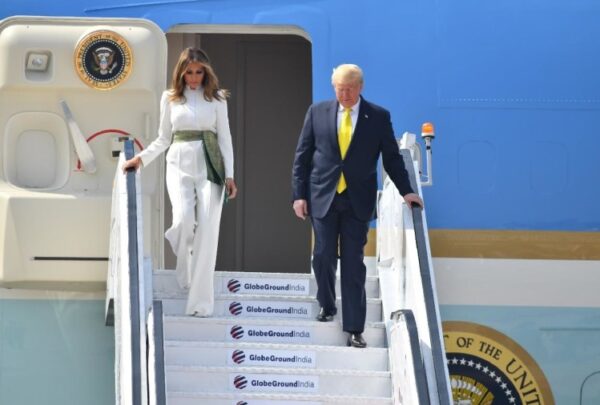 Their visit to India started with landing at Sardar Vallabhbhai Patel International Airport from where they visited the famous Sabarmati Ashram. They are also attending and addressing the Namaste Trump event which is being organised at Motera Stadium.

The President Donald Trump’s visit to India is important for both the nations as it will be like taking one more step in strengthening the relations between the two countries. However, there are some who are not happy with the manner in which the Indian government is spending huge amount of money on this visit of Donald Trump. It is being said that nearly Rs. 80-85 crore has been spent on the preparations for the three-hour Gujarat visit of the President Donald Trump. 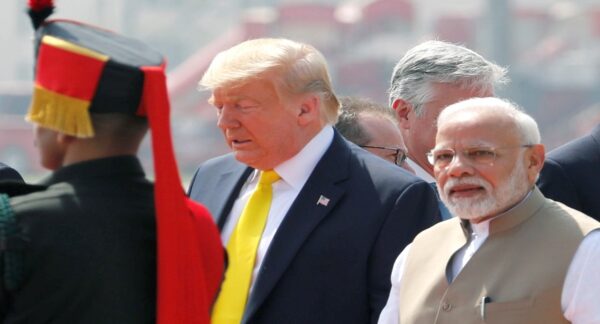 PM Modi and his government are getting slammed on the social media for few other reasons also, such as for building the 1640 feet long wall in Ahmedabad which will serve the purpose of hiding the slums. Around 14K litres of water has been released in the Yamuna river in order to make it look clean for Trump’s visit.

The President Donald Trump will return to his country on Tuesday by 10 pm and we are sure that till then, the Indian Twitterati will keep on posting memes and jokes in this regard. Here are some of the selected tweets to tickle your funny bone:

The Great Wall of Gujrat ~

“Keep your hand sanitizer ready in case a man with muffler and moustache comes to shake hands” #TrumpInIndia pic.twitter.com/B2M5zUlBmD

Hey @FLOTUS We are going to India on @narendramodi's call… Don't pick @ShashiTharoor's call. He is one of the most eligible stud boy their. #TrumpIndiaVisit pic.twitter.com/lek8AJSOLG

When you are convincing your US friend to invest in your STARTUP #TrumpInIndia pic.twitter.com/v6pm4ERKzl

when you see it😭😂 pic.twitter.com/Oc9kG80hBl

Which tweet did you find the most hilarious one?