Koffee With Karan which was hosted by the famous producer-director Karan Johar has come to an end and KJo himself has made this announcement on social media platforms with a heavy heart. Koffee with Karan was certainly one of the most popular talk shows and it enjoyed a huge fan following for 6 seasons. 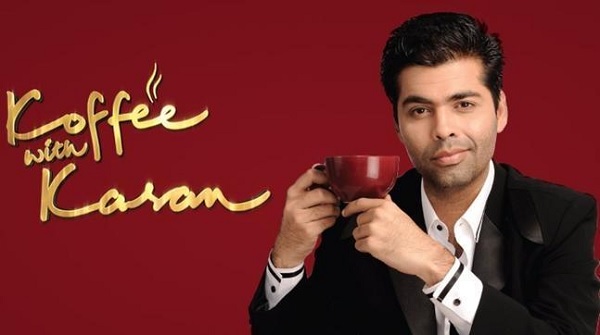 Karan Johar took to Twitter and wrote, “Koffee With Karan has been a part of my life, and yours, for 6 seasons now. I’d like to think we’ve made an impact and even found our place in pop culture history. And so, it is with a heavy heart that I announce that Koffee With Karan will not be returning…” 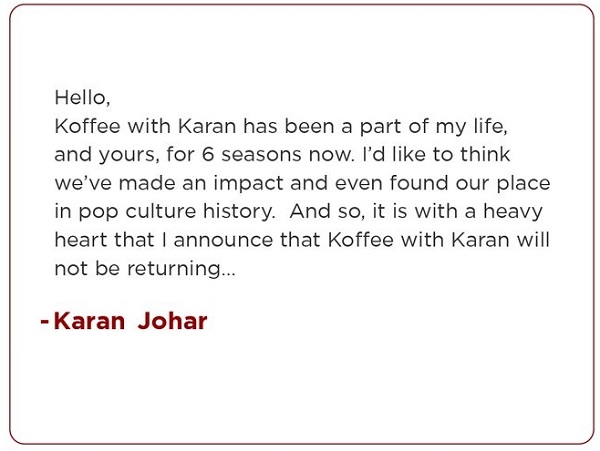 This show was loved by those who were interested in the gossips of Bollywood and what Bollywood stars think of the other actors of the industry. Moreover, sometimes controversies were also created on this platform, how we can forget that the Indian cricketers Hardik Pandya and KL Rahul got suspended because of the statements that they made in the show.

After this announcement, the online users started reacting and while some were happy that at last this show is over, there were few who got very upset because they loved Koffee With Karan and its format.

#KaranJohar announced that #KoffeeWithKaran will not be return.

i lived for the drama this show brought and i can’t believe it’s over 😭 https://t.co/0AQNQisQYW

when all your mcq options are married and you don’t have any more content https://t.co/d0Wa6Olwi7

How do you feel after knowing that Koffee With Karan is not returning? Will you miss the show?

Continue Reading
You may also like...
Related Topics:KARAN JOHAR, Karan Johar Twitter, koffee with karan, Koffee With Karan not returning