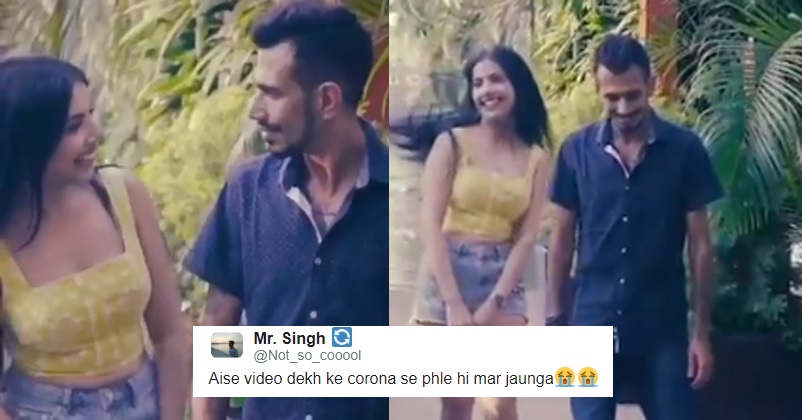 Yuzvendra Chahal, the Indian cricketer, is very active on social media networks and leaves no chance to have fun with his teammates or indulge in hilarious interactions with other sportspersons. He also loves to make videos and post them on TikTok, a video platform. Chahal was supposed to play for Royal Challengers Bangalore (RCB) in the Indian Premier League (IPL 2020) which was scheduled to start on March 29 but now it has been postponed till April 15.

Well, Chahal never fails to make headlines and once again, he is in news, not for anything related to cricket but for a TikTok video in which he is seen with his friend Rameet Sandhu. 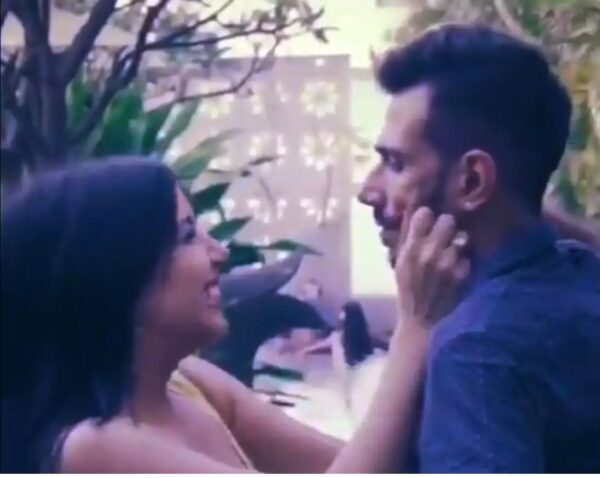 In the video, Rameet is trying to tease the cricketer by playing tricks and then she also pulls his cheeks, their chemistry was really cute and Yuzi posted the video with caption, “When you have an annoying but a cute friend##stargazing @rameetsandhuu ????.”

Twitter couldn’t keep calm as the video was shared and this is how hilariously people responded:

Earlier also, Yuzi has posted a video in which he was seen dancing with two girls while in one video, he was seen with his teammates Rohit Sharma and Khaleel Ahmed in which they reenacted a scene from the Bollywood movie “Dhol”.

Yuzvendra Chahal was also a part of the Indian squad which played ODIs and T20 series in New Zealand. The New Zealand tour was quite disappointing for the Indian team despite the fact that it started well for India. The visitors won the 5-match T20 series by 5-0 but after that, they were not able to register a single win in the 3-match ODI series and 2-match test series.

Yuzi is going to play an important role for India in the upcoming ICC T20 World Cup which is going to be held in Australia this year but as coronavirus outbreak has brought everything to a halt, let us sit at home and enjoy Chahal’s video! By the way, how did you find it?

Cheteshwar Pujara Lashes Out At His Critics Who Target Him For His Slow Batting Approach
Kevin Pieterson Urges Fans To Remain Indoors With A Tweet In Hindi, PM Modi Reacts