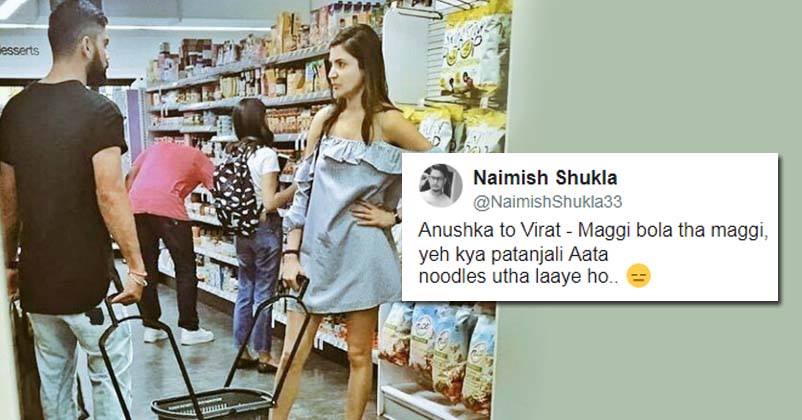 Virat Kohli and Anushka Sharma are currently enjoying their time in NYC. While Anushka is there for IIFA Awards, the Indian Cricket captain travelled all the way to America to just be with his love.

A couple of days back Virat posted a selfie with Anushka Sharma on his Instagram account and captioned it.

Much needed break with my ❤ 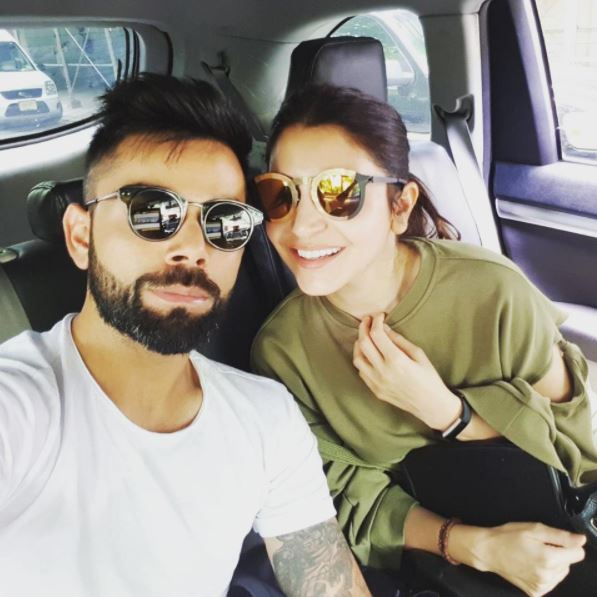 The photo went viral and has got close to 2 million likes as of now.

Post that a picture of both Virat & Anushka shopping in an American grocery store broke the Internet. In the said picture, Virat & Anushka are snapped along with the grocery buckets in their hands. 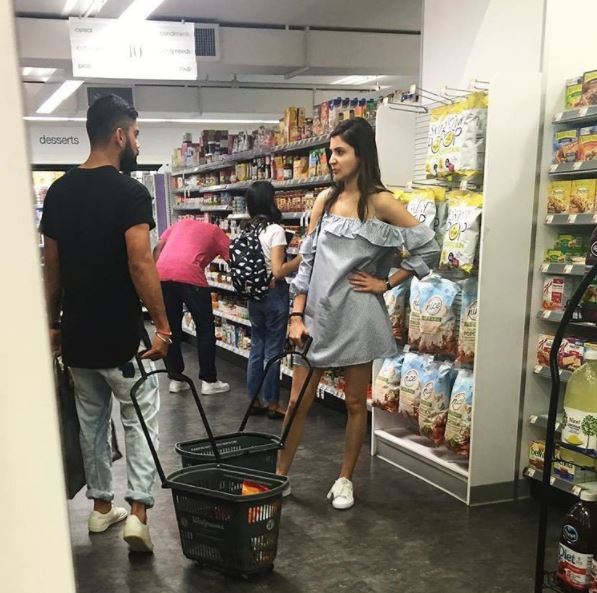 The moment this picture hit the social media, people went crazy and started making jokes on it. They seemed to get related a bit too much with the pic and hence had a lot of funny inspirations. Have a look at some funny reactions by people.

Shopping with Bae is compulsory

It does not matter whether you are Middle class guy or Virat Kohli. BAE ke sath shopping karne to jaana hi padega . pic.twitter.com/5NTh7m2RpO

Why did you bring Patanjali Noodles?

Whoa! Give this guy an award for that pun!

Seems like the Twitterati surely had an amazing day with Virat & Anushka. Do you agree?

Rohit Sharma Thanks Triple H For The Gift! Flaunts It Proudly & Twitter Has Gone Crazy!
Here’s How Dhoni Celebrated His Return In The CSK Team! His Way Is Epic!