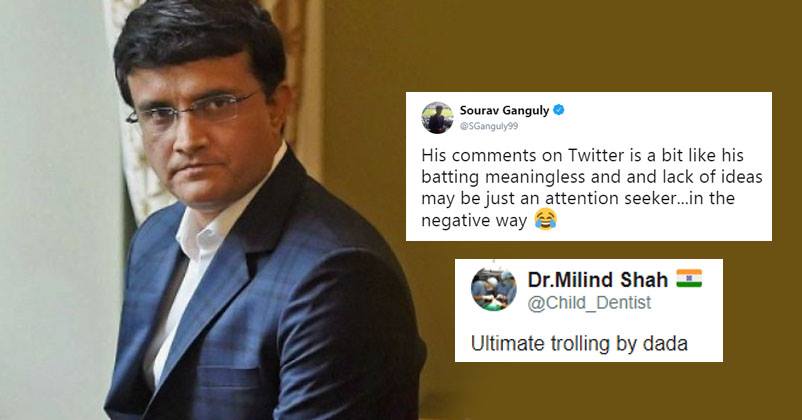 Millions of cricket fans from all around the world made sure to finish their work on time. So that they can make themselves available to watch the nail-biting match of India vs Australia.

Well, what a match for the first time in the history of ICC World Cup Australia the five times world cup winning team had to chase the highest score against team India. The men in blue set a brilliant chase of 352 runs. 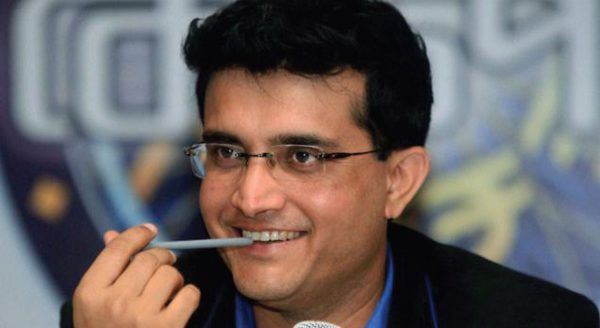 Former Indian skipper and now commentator Sourav Ganguly who never shies away from keeping his opinions. Dada is quite active on Twitter. Well, yesterday Sourav Ganguly shared a tweet which left the fans wondering who did dada to took a dig at?
Dada wrote, His comments on Twitter is a bit like his batting meaningless and lack of ideas may be just an attention seeker in the negative way.

His comments on Twitter is a bit like his batting meaningless and and lack of ideas .. may be just an attention seeker…in the negative way 😂

Indian cricketing fans were busy wondering and tagging the HE :

Who is Dada talking about?

Ek teer se do nishane at least I suppose, Vaughan and Manjrekar. 🙏😂

As much as I hate Michael Vaughan's guts, I honestly and sincerely hope this is a sly on Manzrekar.

No matter for whom it is about either @MichaelVaughan or @sanjaymanjrekar ,but know one thing for sure don't mess with dada

That’s classic ‘dada’ for you 😊
Never backs out of a challenge, never failed to pierce minutest of gap 😉

That’s Dada for you! (Only if you can relate now)