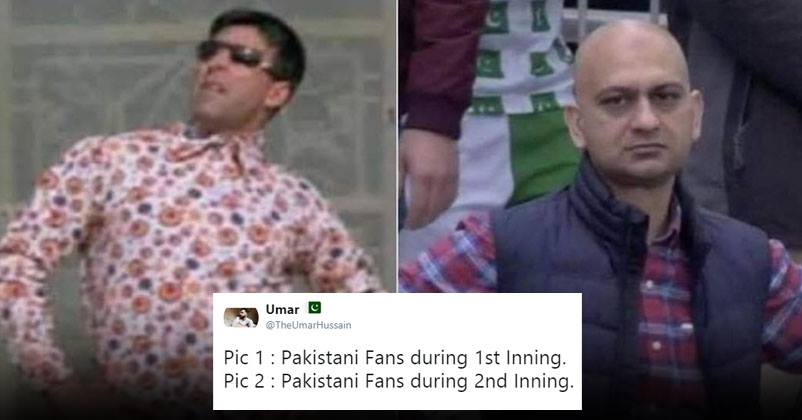 The match against Pakistan and Australia was an adrenaline rush to all its users. Yesterday Pakistan battled Australia in the World Cup 2019 and Australia won by 41 runs. Pakistan won the toss and decided to bowl. Amir was brilliant in the match yesterday and took a total off 5 wickets and who can forget Wahab Riaz’s quick 45. The game constantly turned faces but Pakistan lost.

The Pakistan team has only won one match til now and people are really upset by their performances. But Twitter does not spare anyone. Post their loss to Australia, Twitter was filled with memes on Pakistan’s loss and they were hilarious.

*After wash-out against Sri Lanka*
"Every team is scared about Pakistan" ~ Sarfaraz
*After #AUSvPAK *
Sarfaraz: pic.twitter.com/VqC4MvUxf2

When Pakistanis realise after losing against Australia they have to now face India 4 days later 😂😭🤣 #CWC19 #INDvPAK #PAKvAUS #AUSvPAK pic.twitter.com/QF1qREbTCh

Pakistani Teams to their fans ::–

Well, India will soon be battling Pakistan on Sunday, 16th of June. It is also Father’s Day. Won’t say anything further. Can’t wait to see the match!

People Are Dancing To ‘Lollipop Lagelu’ In London During World Cup, This Is Everything You Need To See Today
Priyanka Chopra Finally Reveals Why She Didn’t Chose Salman Khan’s ‘Song And Dance Film’ BHARAT