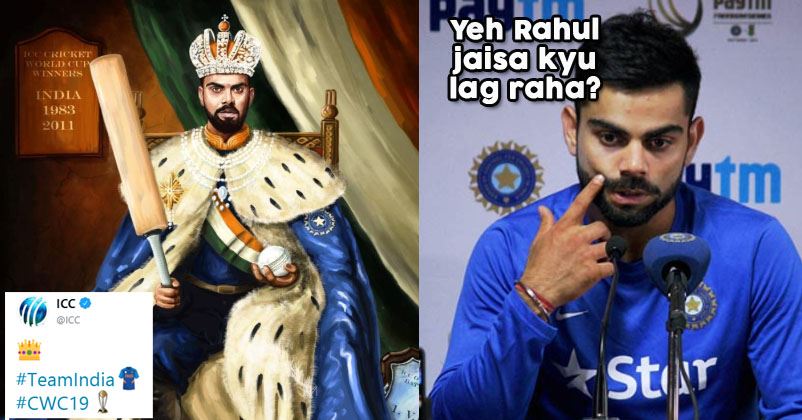 India is battling South Africa today and hours before they battled each other ICC posted an illustration of Virat Kohli.

The picture that ICC posted had Virat Kohli sitting on the throne with a magnificent cloak with the ICC logo on it.
And of course the bejeweled crown. Virat is holding a bat in one hand and the helmet near his left foot. The image also shows off the Indian Skipper’s ODI ranking as a batsman which is of course number 1.

This adorable gesture by ICC was much appreciated, but people were confused. Twitter users were divided and said that this illustration looks more like KL Rahul than Virat Kohli. And people are still debating about it, have a look.

Why the KL rahul look ?

Besides this, people were also appreciating the ICC’s effort.

One of the most dope pictures I've seen on the internet. 😍😍

India is all set to win today!

Rohit Sharma Dances On The Field After Taking Hashim Amla’s Wicket
‘Bring Tony Stark Back’, Marvel Fans Are Signing This Petition After He Passes Away In Endgame