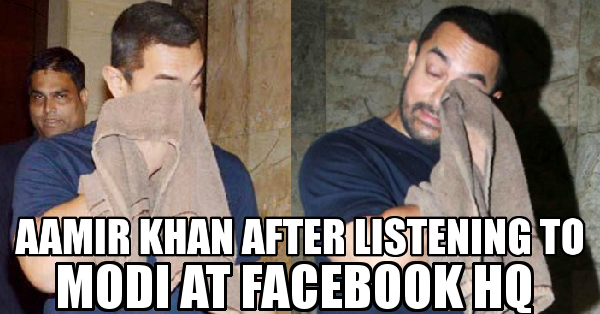 The interaction of Indian PM Narendra Modi and Mark Zuckerberg and discussion between them does not need any introduction. At the same time, there is no denying the fact that the world focused at this meeting with extreme attention and kept a close eye on whatever happened at Facebook headquarters during the presence of Modi. What is more, he also gave answers to questions put up by several folks. Speaking of the main point in their interaction, it was the moment when Modi discussed about his mother’s sacrifices which she made for him and burst into tears talking about it.

In the words of Narendra Modi, “I came from a very humble family. It’s hard to imagine that a tea seller has become the leader of the world’s greatest democracy. For that I would like to thank the country. When we were young, to get by, we used to go to our neighbors houses and clean the dishes, fill water. So you can imagine what a mother has to do to raise her children.”

No wonder Twitterians reacted wildly over it and responses in result were mixed:

Modi gets emotional at Facebook HQ. *Aamir Khan likes this*

Breaking news:Burnol is not working to put out fire on bottoms of @OfficeOfRG & leaders of @INCIndia, Fire Engines deployed #ModiAtFacebook

Zuckerberg – Mr. Modi, who is this Rahul Gandhi?
Modi – What is Orkut or Google+?
Zuckerberg – Hmmm….Got it#ModiAtFacebook #FunKiBaat

What an actor ? Oscar winning performance !!!!

Modiji getting emotional while telling about his mother. Such a touching and proud moment for his mother and all mothers 🙏#ModiAtFacebook

Wish people appreciate comments by @narendramodi about his mother! hope they wont mock his emotions, a special bond for all #ModiAtFacebook

Thank god no one asked Rahul Gandhi what contribution his mother had in his life .
Sonia Gandhi would've started crying loudly#DigitalIndia

The translator had the toughest job to mimic the emotions. #DigitalIndia

Aamir Khan after listening to Narendra Modi in #FacebookTownhall pic.twitter.com/0nAYO4Y9E7

What is your opinion about it? Share your views in the comments section below.