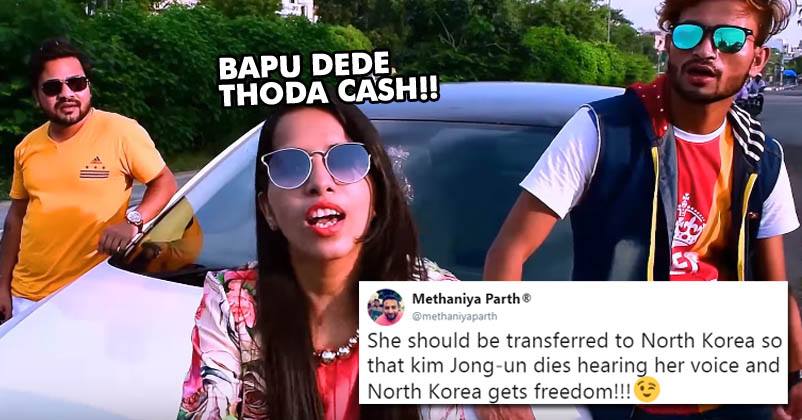 Dhinchak Pooja is the rising Internet sensation who gets even more popularity as well as followers after the release of each new video. Well, she really doesn’t need any introduction and we are not required to mention that the reason of her fame is not positive but on the contrary, people troll her more badly after every new song. 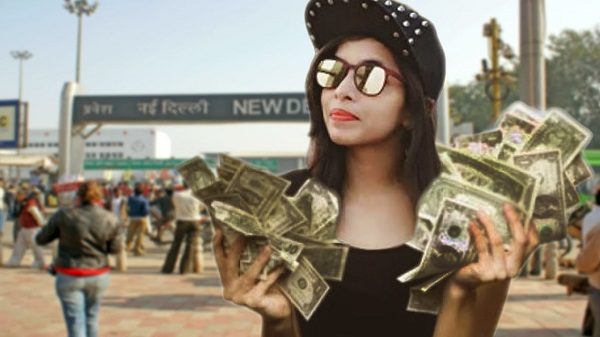 Recently, her new song entitled “Baapu de de thoda cash” released and as expected, it crossed all the limits of irritation.

If you have watched the video, you must be knowing that a lot of cash is shown in the song and this was hard to digest on the part of Twitterati who brought the attention of Income Tax department towards it.

It was natural for netizens to come up with hilarious gags and memes after the song was released. As a result, the micro-blogging site flooded with amusing tweets which will literally make you roll on the floor laughing!

Here are the best & most hilarious reactions:

Income Tax Department, please take a note of it:

https://t.co/4lOPQyfG78@IncomeTaxIndia please watch the video and see the amount of cash shown in the video , expecting to see some action

This is how she makes her songs:

Sequence of event how Dhinchak Pooja made her songs 👇 pic.twitter.com/3CLsw9NcEq

She should be transferred to North Korea:

She should be transferred to North Korea so that kim Jong-un dies hearing her voice and North Korea gets freedom!!!😉@DhinchakPooja

Black money is back and Dhinchak Pooja’s father has it:

Siri google bing…
how to block Dhinchak Pooja videos. Everywhere on my phone?

Got your funny bone tickled? How did you find the song?

Well, if you haven’t watched it so far, here it is:

This Video Of Triple H Proves That WWE Is Purely Fake! Watch & Decide Yourself
This Fairytale Wedding Of A Billionaire Couple Had The Prettiest & Mouthwatering Cake Of 15 Ft!