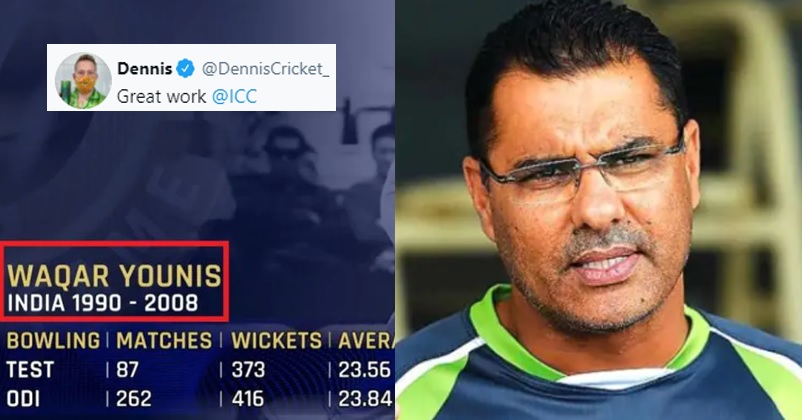 Waqar Younis is one of the greatest fast bowlers that Pakistan has produced, in his career of 14 years. The former Pakistani skipper has played 87 test matches and 262 ODIs in which he took 373 and 416 wickets, respectively. After retirement from cricket, he has also worked as commentator and has also served as the coach of the Pakistani cricket team. Presently, he is the bowling coach of the Pakistani squad and his caliber can be ascertained by the fact that he got placed in the top ten of all times based on the rankings given by the ICC. 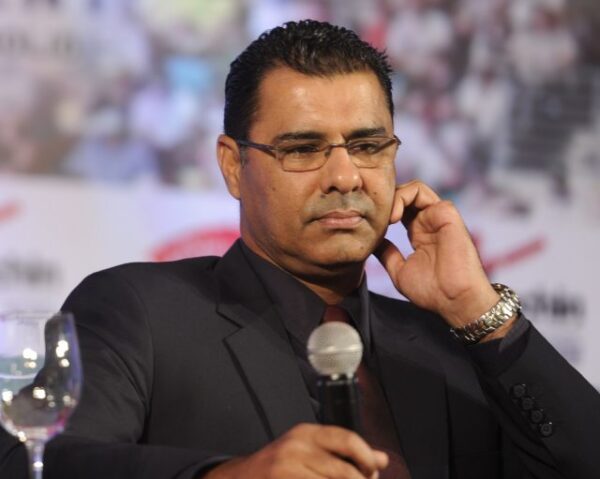 The International Cricket Council also posted a video in which it celebrated the career of the former Pakistani pacer but it made a pretty big mistake or rather we should say a blunder. India and Pakistan are arch-rivals not only on the borders but also on the cricket grounds and what the ICC did was that it called Waqar Younis an Indian player and also wrote the details of his career period incorrect.

Within the five seconds of the start of the video, the graphic shows Waqar Younis as an Indian player and this error was caught by an alert cricket fan who made no delay in posting it on the micro-blogging site Twitter and trolled the ICC big time. 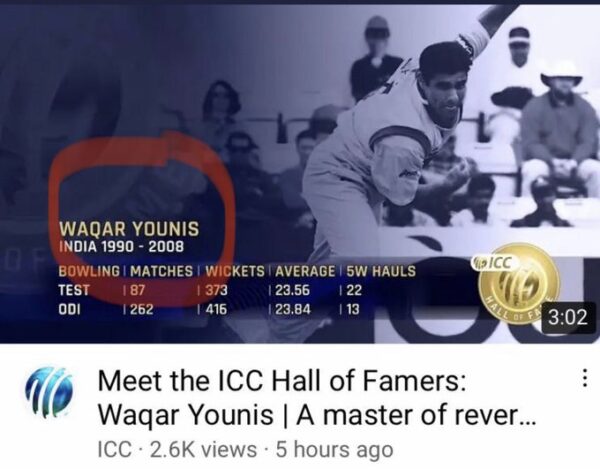 Here is the tweet of the cricket fan in which he points out the error:

This is how cricket lovers reacted on the mistake committed by the ICC:

ICC is actually Indian Cricket Council , its like a hidden code…

Everything in the cricket world belongs to india. #DeepPockets 🤣

ICC still in the pre-partition era

When @ICC Working Under @BCCI Then This Happen…

The former skipper of Pakistan who led his team in 17 test matches and 62 ODIs was inducted into the Hall of Fame in the year 2013 and he stated that he is quite proud of standing at the same level as Hanif Mohammad, Javed Miandad and Imran Khan. He added that he is very lucky to get the chance to play with Imran, Miandad and Wasim Akram.

What is your take on the error committed by the ICC?

Ricky Ponting Says Prithvi Shaw “Doesn’t Bat In Nets When He’s Not Scoring”, Prithvi Shaw Reacts
Even After A Year, 700 Ranji Cricketers Are Waiting For Their Compensation From BCCI