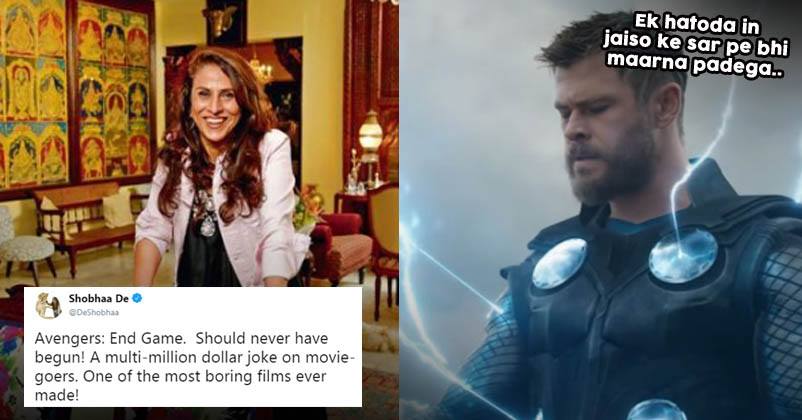 When this revolutionary picture released not only there was a full house for the whole weekend but cinema houses actually started shows that went 24*7. The net gross of the film in 5 days was a swooping 226 crores!

People were smitten by this movie and there was a different hangover of the film. People just couldn’t get over it, but some of us had a totally different opinion.

Avengers: End Game. Should never have begun! A multi-million dollar joke on movie-goers. One of the most boring films ever made!

Oopsie, you shouldn’t have messed with this movie. People were outraged with this tweet, this is how they reacted.

With due respect Madam, to what extend can you go to grab attention? I know it's your personal opinion, but then it has now become your habit !! Like you find the #EndGame boring, I find your books utterly crass. #JustSaying #ApologiesIfYouAreHurt #Ouuch

That's what happen when u go to watch endgame directly without watching remaining 21 movies.

Can't say about others but when Thanos snapped his fingers you should have definitely gone. Might be boring for you but for us ppl who grew on mcu movies this movie means a lot and you won't understand that.

She got burned by the angry Marvel fans, what do you think?