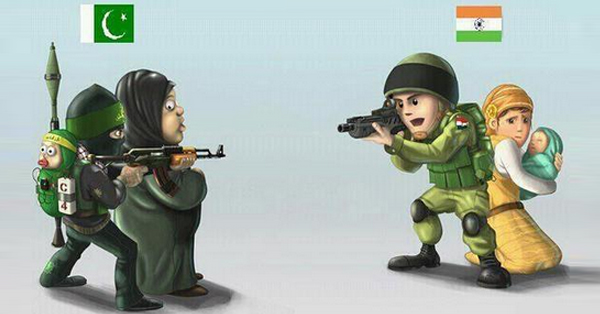 From last few days, some reports were floating in the social media which state that residents of Pakistan Occupied Kashmir (PoK) are expressing their desire to join India as they are very frustrated with Pakistan.

News Channel CNN-IBN has aired a video which shows that people of PoK in huge numbers are agitating against Pakistan government and not only they are demanding freedom from Pakistan but also shouting slogans in support of India. People from Muzaffarabad, Gilgit and Kotli were expressing their anger against Pakistan while in reply Pakistani forces were using their power to shut them down in an atrocious manner.

The situation in PoK is getting worse and Paksitan’s behavior is more responsible for the poor living conditions in PoK. The people are tired of living in such an atmosphere where they are not even provided with basic amenities to live and the youth of PoK has no future as Pakistan government has done nothing in order to generate jobs for them.

Watch the video and you will come to know yourself how bad the conditions really are in PoK:

#HellInPoK | CNN-IBN gets exclusive visuals of Anti-Pak protests in Pakhttps://t.co/4NXVfmHtc6

Now the reality starts! Now the world will see, what really is, Pakistan!! Fake n Against humanity! #HellInPoK

If POK merge to india..J&K will turn to richest tourism hub of india..the real heaven which people can see @narendramodi #HellInPoK

#HellInPoK
Pakistan had been acting as the protector of muslims by forcing them for 'jihad'.
True face exposed.

This is what they call "Azad Kashmir"
After #HellInPoK exposed on CNN-IBN, Will Pak still preach about human rights? pic.twitter.com/cevoqbolSx

Pakistan should free Pok.. Coz' it was never theirs and second they are pro India. Pakistan let's face it , you gave them nothing #HellInPOK

What is your opinion with regard to the issue? Share your views about the article in the comments section below.

Continue Reading
You may also like...
Related Topics:India, Kashmir, Pakistan, POK, Twitter Stormed With Protest Against Pakistan For Its Brutality In PoK