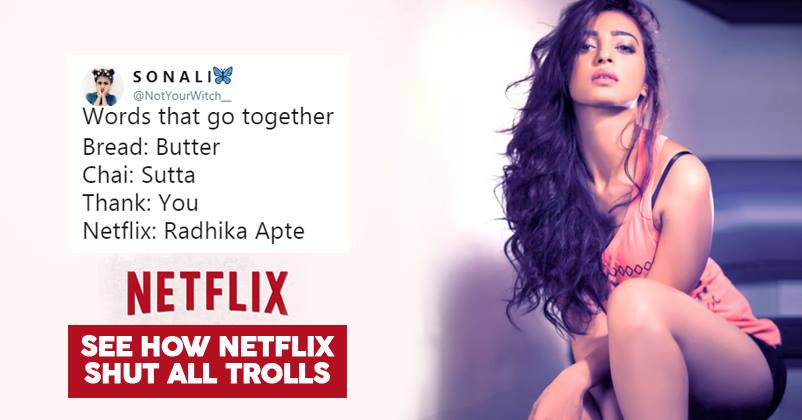 Radhika Apte is one of the most talented actresses of the present time and she has proved her capability every time whenever she has been given a chance. The pretty woman has worked with some big names of the industry including superstars like Rajinikanth and Akshay Kumar. 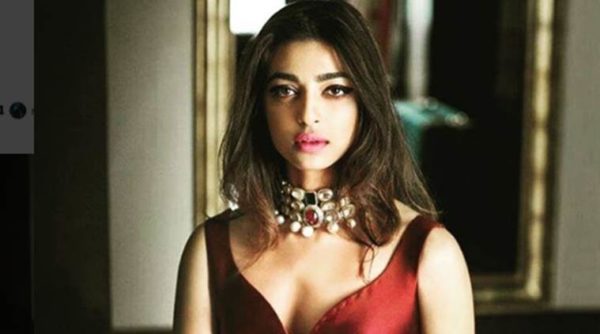 Radhika was seen in Netflix’s “Sacred Games” and then in “Lust Stories” and recently, she also got featured in “Ghoul”.

People may not have any problem with SRK being casted in every movie of Karan Johar but they started trolling Netflix for casting Radhika continuously.

Here are some selected trolling tweets:

*After Radhika apte's 3 consecutive releases on Netflix*
Other actresses~ pic.twitter.com/R5OVFbu9yj

"Be my Netflix ,
i will be your Radhika Apte."

This is how Radhika Apte gets chosen by Netflix pic.twitter.com/lc6F8QE8AX

Words that go together

Netflix HQ : 'show me the direction.' Translate it into Hindi and also suggest an actress.

Director : we have to cast Nawazuddin Siddiqui

Producer : we have booked her years

However, Netflix didn’t mind such trend and gave a perfect reply when it uploaded a small video that was about its upcoming imaginary show “Omnipresent”.

The director of this fictitious show is Vikramaditya Motwane and while he was all praises for the wonderful actress, Radhika also talked about why she was reluctant to take up another show by Netflix but then something fascinated her so much that she had to say ‘Yes’ to the show.

Radhika tells that in this show, she is playing all the characters, something for which she had to say ‘Yes’. Vikram talked about the characters of the show but you have to see the video till the last to understand how Netflix trolled the trollers.

Netflix shared the video on Twitter with caption, “Whatever the role, Radhika apt hai.”

If you have noticed, not only all the characters in the movie are being played by Radhika but she is also shown as the director and that’s what defines omnipresence! Moreover, Netflix’s caption that Radhika is apt for every role further gives an idea as to why they cast Radhika too much!

That’s definitely a witty and perfect reply! What do you say?