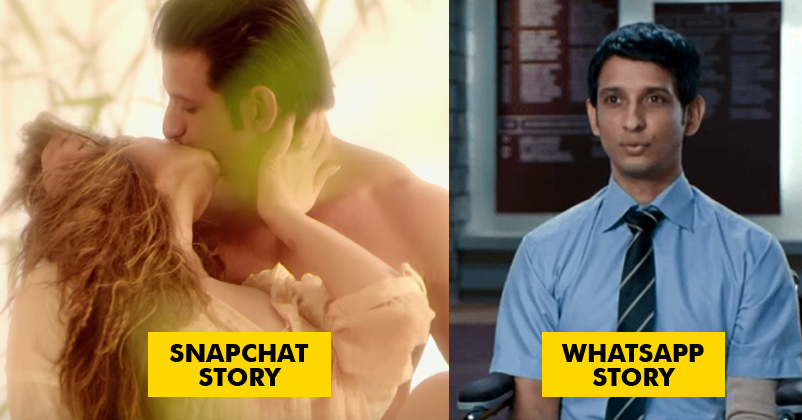 WhatsApp is one of the most widely used platforms for communication and has been a favorite of millions of people ever since it was introduced. However, a new feature “Status” has been added to WhatsApp recently and Twitter users are slamming it for the reason that it’s just the same as the “Stories” feature of Snapchat. Some time back, the same feature was added to Instagram after it was purchased by Facebook and now as the same feature is added to WhatsApp, users are worried about how monotonous their social life would be.

Disappointed and angry users took to Twitter and expressed their fury in the best possible ways! Here are some of the best tweets:

Snapchat is that guy who did the homework and Instagram, Hike & Whatsapp are those guys who copy that saying thodda change karke likhunga..

Whatsapp introduces it for parents.

A sincere request to Mark ZingerBurger:

WhatsApp Was Best The Way It Was B4, Pl Dnt Try To Make It Snapchat or Instagram. We Hav Our Family Contacts In It.

Me when I see the new Whatsapp Update: pic.twitter.com/i5DObww0FJ

When you kick the one….

When you kick someone who created that new WhatsApp 😰 pic.twitter.com/YI6vJF1wsu

Meanwhile, the reaction of Snapchat:

Finally, this is all I could write..

In all these 'stories' process, Snapchat has in fact lost its 'status'.#Pun

We understand the anxiety of WhatsApp users because almost all of us have family contacts added to it but as of now, we have to live with this new feature. Sad reality….

Do share your views with regard to this new feature in the comments section below.

After 100% Pay Cut Announcement & Layoffs, Snapdeal Founders Wrote This Email To Employees
You Will Be Shocked To Know How The Big Show Looks Like Now! This Is Simply Unbelievable!