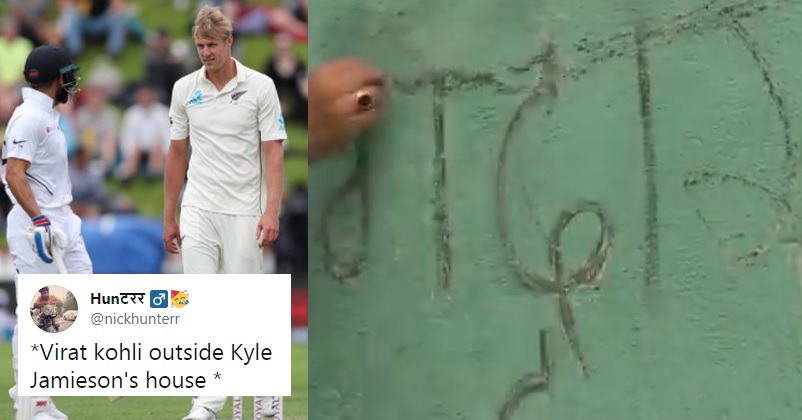 The cricket teams of India and New Zealand are battling against each other at the Rose Bowl Cricket Ground, Southampton, in the finals of the World Test Championship to become the World Champions of the test cricket and at the present time, the Kiwis look to be in a little better position in comparison to the Indians. 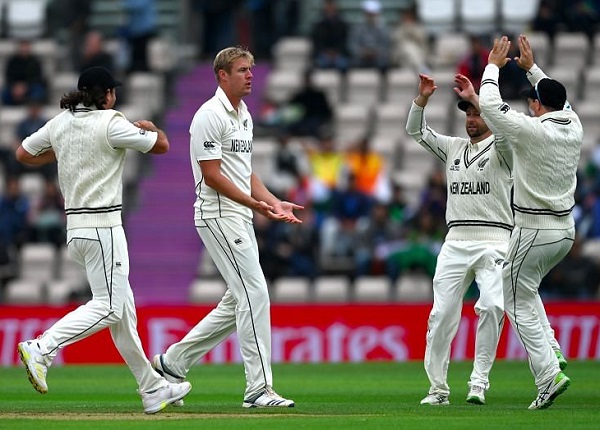 The Black Caps won the toss and asked the Indians to bat first, the Kiwi bowlers were bang on target as they were not only troubling the Indian batters but also taking the wickets on a regular basis. The Indian skipper Virat Kohli is considered as one of the best batsmen of all times but he was also not able to score runs freely on the Kiwi bowling.

Moreover, when everyone was hoping to see him scoring his 28th test hundred, he got out after scoring just 44 for which he played 132 deliveries and only one four was hit during his innings. He is dismissed by Kyle Jamieson and what has sent Twitter on a rampage is the fact that Jamieson plays under Kohli in the IPL as the New Zealand pacer has been bought by Royal Challengers Bangalore in the IPL 2021 auctions in the whopping Rs 15 crore. 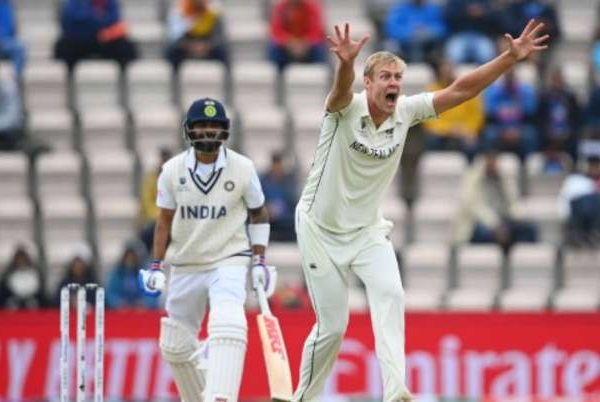 Kyle Jamieson has been an integral part of the New Zealand team for some time now and in the IPL 2021 he performed well for RCB too as he took 9 wickets in the 7 matches that he played before the league got postponed after the second wave of COVID-19 hit the country.

Here are some of the hilarious reactions from Twitterati after Kyle Jamieson sent his IPL skipper back to pavilion:

Virat Kohli got out off Kyle Jamieson making 44(132)

Literally me who was hoping for his 71st century pic.twitter.com/xQvchYCJ7q

Me to Jamieson when (if) I meet him:pic.twitter.com/PCTU2i9Pjt

As far as the match is concerned, the Indian side got all out for 217 and Ajinkya Rahane was the highest scorer for his team as he made 49 runs. Kyle Jamieson was the pick of the bowlers for the Kiwis as he took 5 wickets (Rohit Sharma, Virat Kohli, Rishabh Pant, Ishant Sharma and Jasprit Bumrah) and gave away only 31 runs. The Kiwis had a good start in the first innings as at the end of the third day, they were 101 for 2 wickets with skipper Kane Williamson (12) and Ross Taylor (0) on the crease.

The Indian bowlers also need to weave some magic with ball if team India has to make a comeback in the game.