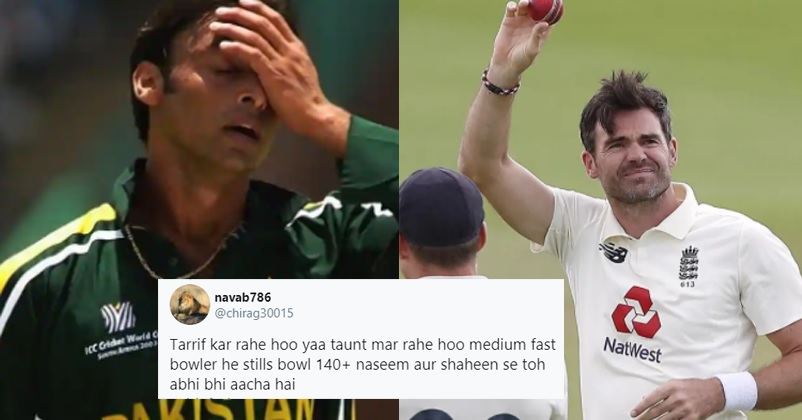 The biggest problem that a pace bowler faces is how to keep himself free from injury so that he can play more and more for the country. The fast bowlers are prone to injury more than the spinners because of which the pacers play less matches in comparison to spin bowlers. Till now, there was no pace bowler who has even crossed the 600 wicket mark in the test cricket while the record of taking the highest number of wickets in test cricket is in the name of Sri Lanka’s Muttiah Muralitharan who has taken 800 wickets.

In fact the remaining two slots from the top three slots in the list of bowlers who have taken the highest number of wickets in test cricket are also secured by spinners – Australia’s Shane Warne (708) and India’s Anil Kumble (619). However, things have changes now and the England pacer James Anderson has become the first pacer to cross the 600 wicket mark. He is also the second quickest in terms of the number of balls taken to reach 600 mark, the first quickest being Muttiah Muralitharan. 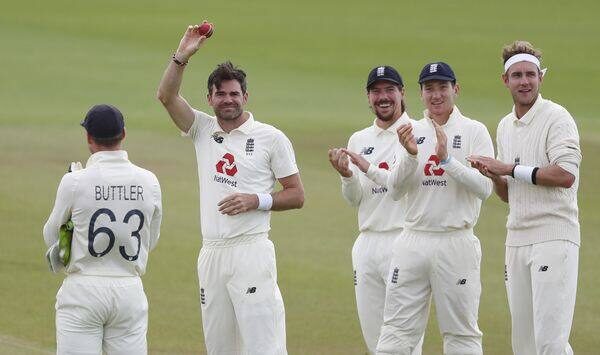 38 years old James Anderson achieved this feat in the third test match of the three-match test series which is being played between England and Pakistan. This match was the 156th test match of Anderson’s career and he reached the 600 wicket mark when he took the wicket of the Pakistani skipper Azhar Ali. The match which was being played at Southampton got drawn and England clinched the series by 1-0 as they have won the first test match while the remaining two got drawn.

The cricket lovers and the former cricketers took to the social media networks to congratulate James Anderson on his huge achievement. The former Pakistani pacer Shoaib Akhtar also congratulated James Anderson but at the same time, he also tried to take a jibe at the English bowler by calling him a medium fast bowler. 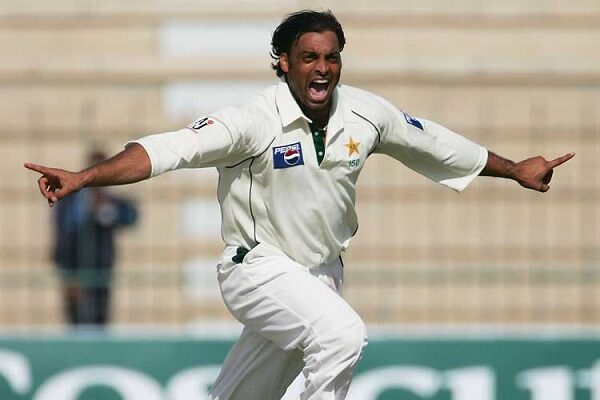 Shoaib tweeted, “Incredible 600 by @jimmy9 . What an amazing achievement. Playing 156 Test Matches for a medium fast bowler is no less achievement. Cheers mate.”

As far as Shoaib Akhtar is concerned, he played for Pakistan from 1997 till 2007 and in this period, he played only 46 matches in which he took 178 wickets. The specialty of Rawalpindi Express was his pace as he holds the record of bowling the fastest ball at the speed of 161.3 km/hr.

Twitterati soon noticed that Shoaib Akhtar called James Anderson a medium fast bowler and they started trolling him. Here are some of the selected tweets:

You can't even compliment someone properly. 'Medium Fast Bowler'. He lasted 20 years, with less talk. Took 600 wickets. A bit of grace won't hurt.

Once again proving how self obsessed Shoaib is !! Can not digest the fact that someone could do better than him. What an absolute disgrace @shoaib100mph !! Shame !!

This is poorly structured text.@DrNaumanNiaz once made McGrath angry by calling him "medium fast" on live show. No 1 knws from wher u guys brought this "midum fast", "fast" & etc terminologies. If u wanted to appreciate then should hav done it wholeheartedly.

@shoaib100mph if you call your self very very fast bowler but you not reach at least 450 international wicket. You stopped on 444 wicket and @jimmy9 has 600 in test only and called him " MEDIUM FAST BOWLER " 🤣🤣

I m pretty sure that being a Fast bowler u weren't able to take 600 wickets in ur whole career
he is medium fast bowler but he is a great bowler. At the age of 38 still he is contributing for his team while our bowlers wants to play in leagues & u R running youtube channel

He is fast bowler!! Heights of illiteracy and complex. You Should consult psychologist. He never complaint that his peak years has gone and his board didn’t give him chance when he had pace etc.

Very sad !! Shoaib sab he bowls over 140+ and i guess that’s not a medium pace its not express pace but a good pace .
It looks like you taking a dig .

No matter "fast medium" or "medium fast" but he has played almost as many matches as your total wicket tally in Tests. So he will be counted as a legend while you will be remembered for a 161.3 KM/H fluke. It's not always about you!!

Haha like how you use "medium" fast bowler,you always keep yourself in mind

Medium or fast he's better than you to be honest

“Dhoni Was Our Hero, Especially For Someone Like Me Who Comes From A Small Town,” Says KL Rahul
James Neesham Has An Apt Reply To Pakistani Guy Who Trolls Him For Choosing IPL Over PSL