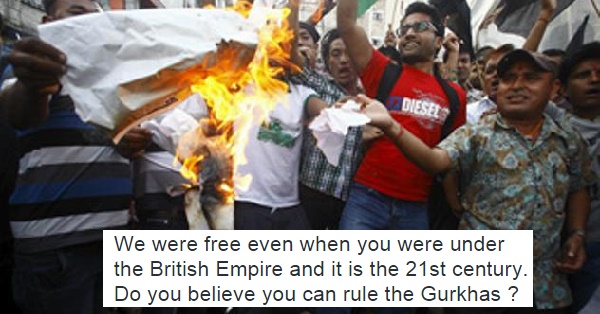 Recently India’s neighbor Nepal has formulated its new Constitution but Indian reaction has stirred a wave of anger among quite a good number of people in Nepal. Social media was abuzz with reactions from Nepal and Twitter flooded with tweets under hashtag #BackOffIndia which have not stopped yet and people are still expressing their views in this connection.

This was tweeted by Suchana Ghimire, “Modiji, your sympathy, support and suggestion are always welcome but stop your unnecessary interference in Nepal’s sovereignty.”

India’s advice for more debate and discussions about the new constitution of Nepal was not taken in good spirit and it was seen as an attempt to interfere in the internal matters of Nepal. Around 50000 tweets were made under the hashtag #BackOffIndia, which clearly shows the level of anger of the Nepal citizens.

However, India’s advice was based on its concern about the violence that happened in some areas of Nepal. The Terai area which is on the border of India has witnessed protests agasint the new Constitution and 40 people have lost their lives to the violence happened in this area.

Former Ambassador to India, Bhekh Bahadur Thapa said, “I was slightly taken aback by India’s statements. I can understand India’s concerns but they shouldn’t be seen as encouraging protesting parties. ” While another former Ambassador, Lok Raj Baral felt that the response received by India can make a dent on the positive environment created by the two visits of Indian Prime Minister Narendra Modi.

Indian Foreign Ministry has earlier made a statement which talked about the difficulties that Indian Freight firms faced because of the violence; this led to a misunderstanding that India may stop the export of goods across the border. Nepal depends heavily on India for its imports and any disturbance in movement of goods can be devastating for Nepal.

We can solve our internal problems ourselves. So, stop interfering and pressurizing us. Just act like a good neighbour.#BackOffIndia

We were free even when you were under the British Empire and it is the 21st century. Do you believe you can rule the Gurkhas ? #BackOffIndia

Why so much of interference always? Dont forget that we are sovereign nation too. We have equal status. Our Nation, Our Right #BackOffIndia

India should understand that #NepalConstitution was promulgated by a soveriegn nation with an overwhelming majority. #BackOffIndia

Dear Modi
Neplese are not always sweet, kind, and helpful. When it comes abt there country and it's sovereignty they are fire.#BackOffIndia

#Nepal block indian TV channels in it's country. No indian channels,no indian flim and no indian in nepal. Voice of the people #backoffindia

Nepal is a sovereign country.✊✊We never kneel to anyone. blockage is outcome of culmination of conspiring mind. #BackOffIndia @narendramodi