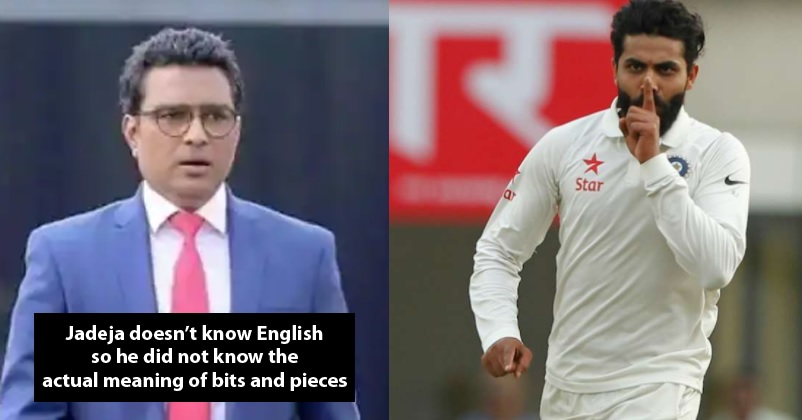 The former Indian cricketer Sanjay Manjrekar and controversies go hand in hand and he often does something which makes him a target of trolls and hate comments. It’s an open secret that he has always been quite critical of the Indian all-rounder Ravindra Jadeja and in 2019, things turned uglier when he called Ravindra Jadeja a “bits and pieces” cricketer and now he is in the center of one more controversy.

During the 2019 ICC World Cup when India lost a match against England by 31 runs, the Indian coach Sanjay Bangar said while talking about the next match against Bangladesh that Ravindra Jadeja would be a part of the playing squad. Jadeja’s inclusion in the playing XI did not go well with Sanjay Manjrekar as he considered Jadeja a pure bowler in the test cricket. Manjrekar said that he is not a big fan of the bits and pieces cricketer which Jadeja is so he would have preferred to have a batsman and a spinner in the 50 over cricket match rather than including Jadeja in the team.

Well, India may have lost the semi-final to New Zealand but it was Ravindra Jadeja along with MS Dhoni who kept the hopes of India alive after the Indian team had a disastrous start while chasing target of 240. Jadeja scored 77 runs in that match and he also chose to respond to Majrekar’s bits and pieces cricketer comment by telling him that he had enough of his verbal diarrhea. Jadeja also tells Manjrekar that he has played twice the number of matches that Manjrekar has played and he is still playing. 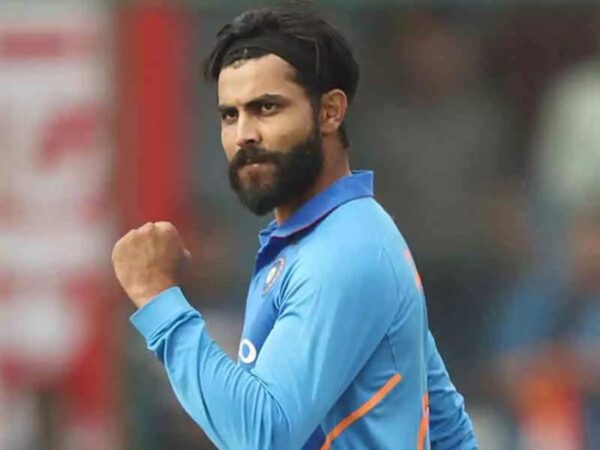 In the present times, Ravindra Jadeja is an integral part of the Indian team across all the formats but Sanjay Manjrekar has once again found himself surrounded with a controversy in regard to the same matter.

Recently, a Twitter user posted the screenshots of personal chats that he had with Sanjay Manjrekar in which the former cricketer is slamming the online user for worshipping players. Manjrekar also says that Ravindra Jadeja doesn’t know English because of which he must not be knowing the meaning of bits and pieces and someone must have spelt verbal diarrhea for him.

Here are the screenshots: 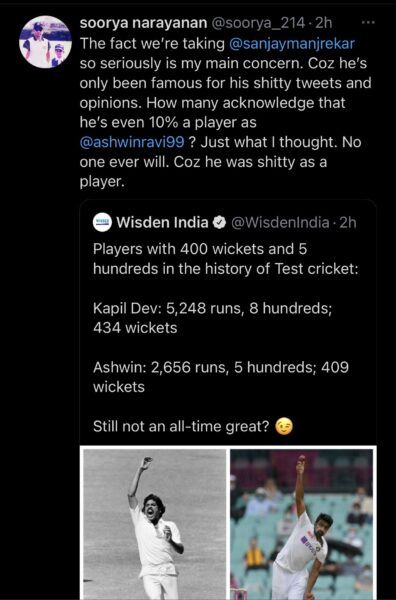 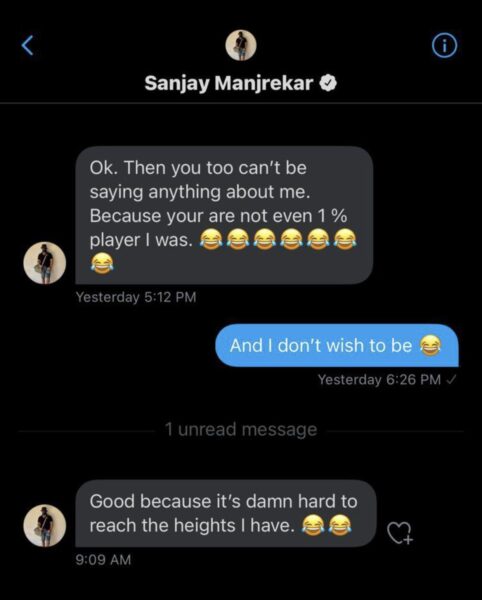 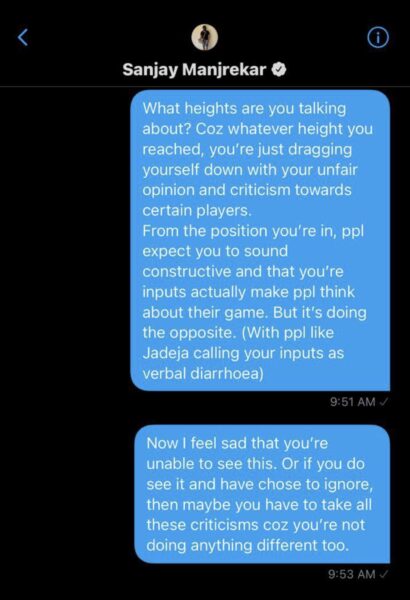 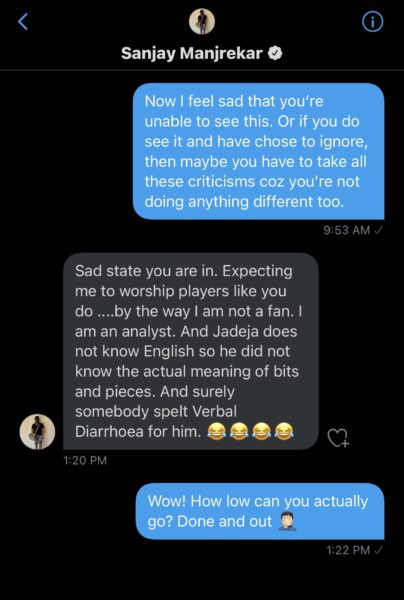 The Twitter user shared the screenshots with the caption, “I didn’t want to share this personal chat in public, even though it’s full to sh*t. But couldn’t help, coz people need to know this side of this man. @imjadeja would be proud of what he did to prove you wrong. @BCCI is this the kind of man you would want in your com panel in future?”

I didn’t want to share this personal chat in public, even though it’s full to shit. But couldn’t help, coz ppl need to know this side of this man. @imjadeja would be proud of what he did to prove you wrong. @BCCI is this the kind of man you would want in your com panel in future? pic.twitter.com/AUjX301Foz

There have not been many days when Sanjay Manjrekar created controversy by saying that Ravichandran Ashwin, the Indian spinner who has been the leading wicket taker in the last decade in the whole cricket world, doesn’t deserve to be in the list of all-time greats in his opinion.

“We Did Not Want To See Each Other,” MSK Prasad On Heated Arguments With Virat & Ravi Shastri
Ashwin Tweets Pic With Pujara & Asks To Guess Their Conversation. Wasim Jaffer’s Reply Is Epic