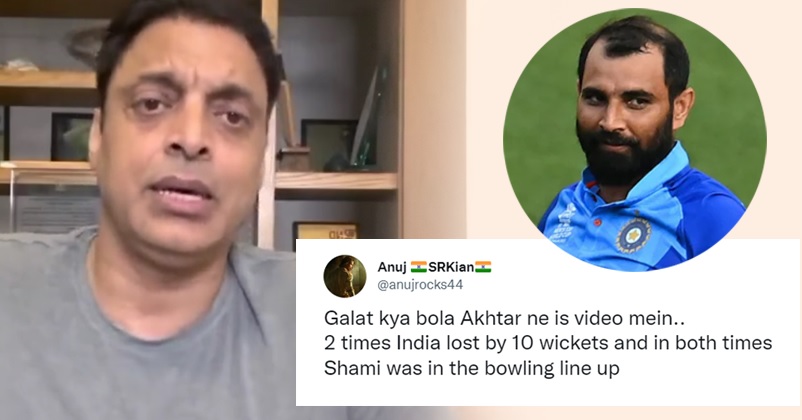 The Indian pacer Mohammad Shami started trending on the micro-blogging site Twitter few hours after England defeated Pakistan in the final match of the ICC T20 World Cup 2022. It all happened after Mohammad Shami made a comment on former Pakistani pacer Shoaib Akhtar’s tweet which he made after Pakistan lost the chance of lifting the World Cup trophy.

Everyone was confused as to why Mohammad Shami has reacted in this manner but now a Twitter user has posted a video clip of Shoaib Akhtar in which he is talking about the mistakes committed by the Indian team after they lost the semi-finals to England. In the video, Shoaib Akhtar can be heard saying that India will need to see their captaincy and the management has to take the blame because the selection process was confusing especially in the bowling section as they brought Mohammad Shami all of a sudden, though he is a good bowler yet he doesn’t fit in here. 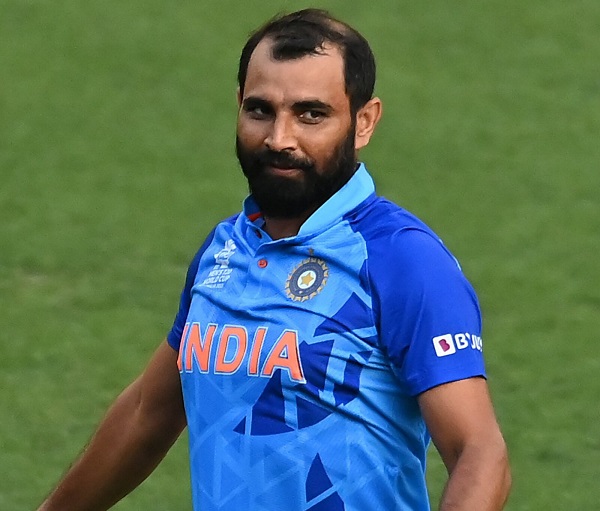 The Twitter user wants to suggest that because of the statement made by Shoaib Akhtar in regard to Shami, the Indian pacer has reacted in this manner. He posted the video with the caption, “For context this what Shoaib Akhtar said about Shami in his video. #ENGvPAK”

The Twitter user also made another tweet in which he opined that not just cricketers but politicians also made some cheap comments about India so Shami may have responded to all of them rather than just because Shoaib Akhtar said these things about him.

Here is what he tweeted, “This tweet from Shami is in response to many things, many Pak ex players and politicians even their PM spoke shit about India after India lost vs England, it’s in response to all that as well .So, don’t think that it’s just about the criticism of his bowling.”

This tweet from shami is in response to many things,many pak ex players and politicians even their pm spoke shit about india after india lost vs england ,its in response to all that as well .So, don't think that its just about the criticism of his bowling.

Few online users were of the opinion that Shoaib Akhtar didn’t say anything wrong:

Tbf he didn’t say anything wrong. If shami is one of your main bowler in the t20 team in big 2022 then how are you gonna win the wc

He is not wrong though. Nothing against shami he played well but he came suddenly out of nowhere.

Kya galat bola Yah Akhtar ne? Sahi to kaha ? As a former cricketer giving his opinion and in a decent manner he is putting his thoughts and also it doesn’t showing any kind of mocking rather he is sincere here!

What do you think of this entire episode? Let us know.