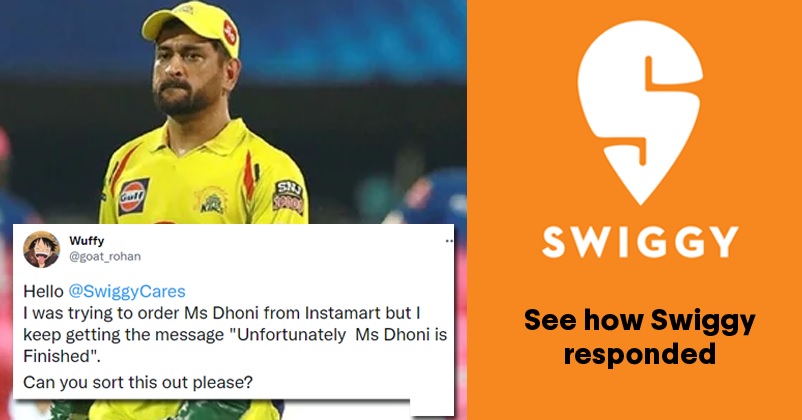 MS Dhoni may have retired from the international cricket last year but his popularity is still very much intact and the performance of Chennai Super Kings in the IPL 2021 has confirmed that as a captain, he is still one of the best in the cricket world.

However, Mahi is not having a good time with his bat in the ongoing league and haters are leaving no chance to mock the legendary wicketkeeper-batsman. Recently, a Twitter user tried to troll MS Dhoni for his poor form by sending a message to the food delivery app Swiggy in which he talked about MS Dhoni getting finished and asked Swiggy to sort it out.

The tweet read, “Hello @SwiggyCares I was trying to order Ms Dhoni from Instamart but I keep getting the message ‘Unfortunately MS Dhoni is Finished’. Can you sort this out please?”

Hello @SwiggyCares
I was trying to order Ms Dhoni from Instamart but I keep getting the message "Unfortunately Ms Dhoni is Finished".

Can you sort this out please?

Swiggy gave it back to the Twitter user with an ultimate reply which brought a big smile on faces of Dhoni’s fans. 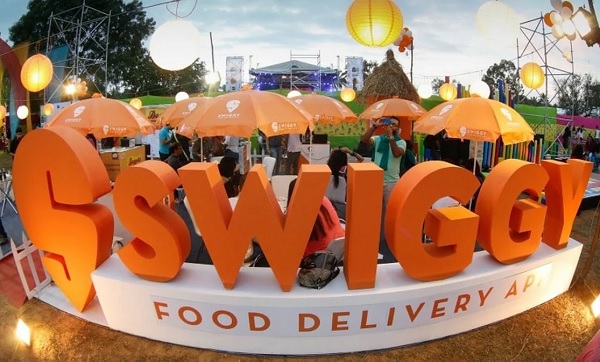 As far as the IPL 2021 is concerned, CSK is at the second spot with 9 wins in 13 matches and it has certainly qualified for the play-offs. If we talk about the batting performance of Dhoni, he has scored only 84 runs in the 13 matches which is far below his standards. The 40 years old cricketer is not at his prime at the moment but it is also true that he has played many match-winning knocks for the country and CSK and he will always be known as one of the best skippers and finishers of all times.

There is one more good news for the fans of Dhoni as Thala has confirmed that the IPL 2021 is not his last season in the tournament and he hopes to play his last IPL match in Chennai so that he can meet all his fans over there.