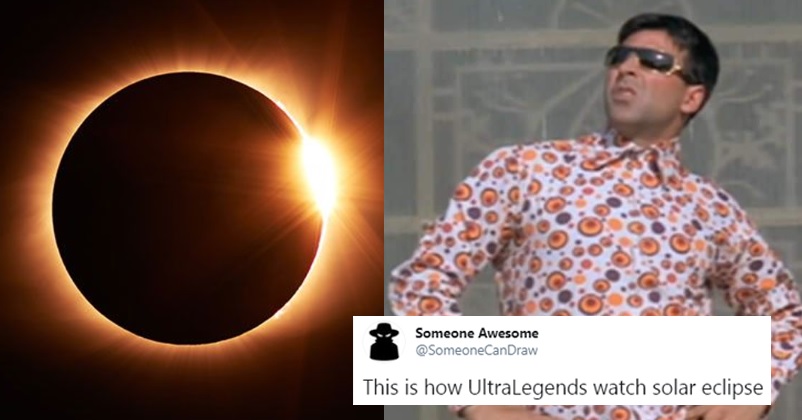 The last Solar eclipse of the year 2019 took place yesterday (26 December 2019) and there was quite a lot of excitement among the public because they wanted to see the event. Even the Indian Prime Minister Narendra Modi along with the people of India was eager to watch the Solar eclipse but the clouds spoiled everyone’s mood.

This solar eclipse was special as it was annular in which 97% of the Sun is covered by the Moon and Ring Of Fire can be seen. The Solar eclipse was visible properly in the Indian states of Karnataka, Kerala and Tamil Nadu while in the other states, people were left disheartened due to clouds. However, one thing which should be remembered is that the Solar eclipse should not be seen without the special glasses that are suitable for this purpose.

As we know the Internet users are capable of adding fun to anything under the Sun, this event was also celebrated on the social media sites with a tinge of humour. Many memes were created related to the Solar eclipse including the ones made on PM Modi’s photo in which he is looking at the sky with special specs.

Here are some of the most hilarious memes made for the occasion and we are pretty sure that you will also be amused just like us:

For those who did not seen the #SolarEclipse 🌑🌙 pic.twitter.com/R1NZn3T6sY

#solareclipse2019
Me :- Wow , #SolarEclipse is so amazing let me see this phenomenon …
Also me after Solar eclipse :- pic.twitter.com/wlkwsHCX0f

people since
8am me at 12pm pic.twitter.com/j0qKHyGEAN

All the ppl outside rn #solareclipse2019 pic.twitter.com/MPhDELplf4

Subramanian, an Indian college student, just found out the location of Vikram Lander
NASA Confirms Traces Of Water On Moon For The First Time, Tweeples Ready To Shift To Moon