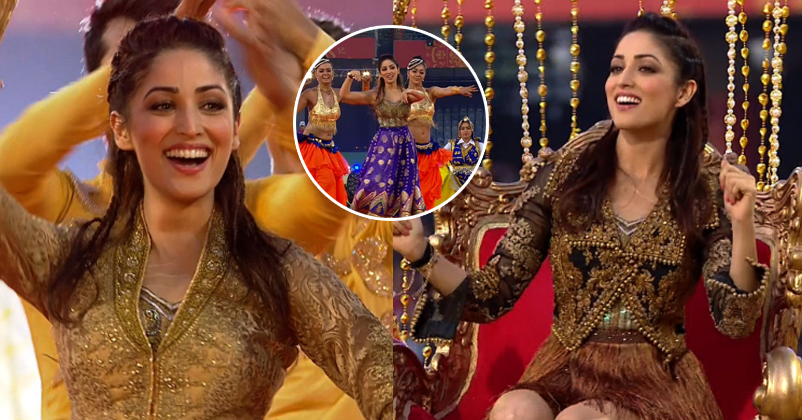 Now it is Yami Gautam who totally nailed it with her moves. The Kaabil actress was sweating it out yesterday and she even posted on Twitter that she is super excited to perform at Delhi. We could see the glimpse of the same excitement in her performance today.

Delhi we are ready for u! 😁 See u tomorrow @IPL 2017 opening ceremony! 💃@zenithdance1 @EncompassTalk @meenal16 pic.twitter.com/5HvL1Swwut

Here are few photos from the performance today

Well, we know that her fans were totally rooting for her but we have few Twitter reactions on her performance. Check out this video of her performance here:

Check out the tweets here:

Looks like he is a true fan of Yami Gautam

Not everybody loved her performance though

There few people who did not notice her moves but muscles

Someone dragged the age old joke to review her performance

B ~ Ohhhhh i missed Gautam Performance in Delhi..
G ~ You are mad Tubelight it was in Kolkata..
B ~ Actually im talking about Yami Gautam.

Amy versus Yami, who was worst of all?

She earned a fan just so randomly

Last but not the least, here’s how Yami felt after performing

Well, the ultimate goal was to entertain and we think Yami entertained us with her dance today. What do you all feel? Do let us know in the comments section.

Sunil Grover Is Back Entertaining All Of Us & This Time With Sunny Leone For IPL Special Video!
Sanjay Manjrekar Says He Didn’t Call Pollard “Brainless”! Check Out The IPL Clip & His Tweets