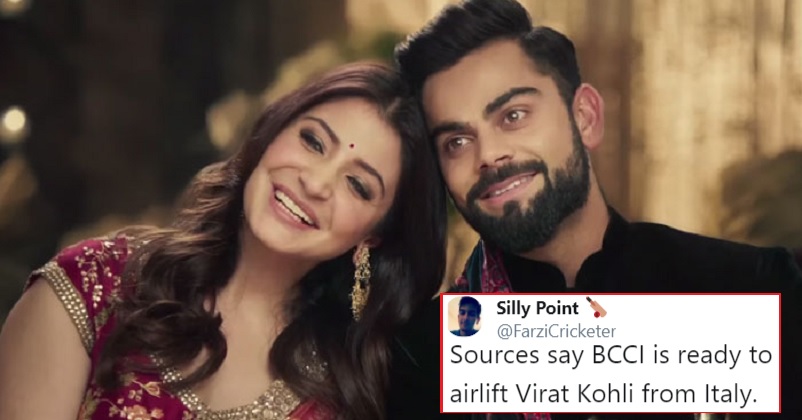 After a stunning performance in Test matches against Sri Lanka, Team India fell flat in front of Sri Lankan players today during the ODI match. 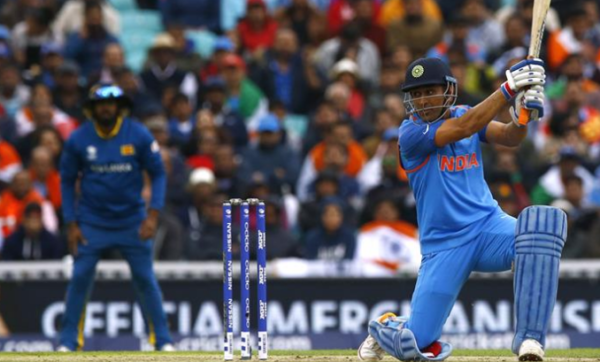 The conditions and pitch of HPCA stadium Dharamshala didn’t suit the players as they showed a pathetic performance on the field and were seen completely helpless in front of Sri Lanka’s bowling attack.

The whole Indian team got all out on the score of 112 and MS Dhoni was the only batsman who scored respectable 65. Rest of the team couldn’t score that much score in total and that was a pity.

Rohit Sharma who turned captain in the absence of Virat Kohli couldn’t score more than 2 runs. Shikhar Dhawan got out on a duck. Hardik Pandya managed to score mere 10 runs.

After such a pathetic batting, Twitterati had a gala time trolling Team India for their performance. There were quite many mentions to Virat Kohli who is reportedly in Tuscany, Italy for his wedding. The fans missed his presence and here’s how they reacted on Twitter-

Just in: kohli-anushka marriage called off, Kohli was asked by Shastri immediately to report to dressing room

Just Virat Kohli things 💯
The way @imVkohli motivates his team, backs the bowler, gets the crowd behind his team and the way he cements himself in touch batting conditions is just phenomenal.#IndvsSL

Just in: kohli-anushka marriage called off, Kohli was asked by Shastri immediately to report to dressing room

Can someone bring #Virat Back from Holidays or Wedding. TeamIndia needs him. #IndvSL

Meanwhile, Sri Lanka chased the score by losing just 3 wickets and registered a strong victory against Team India. What are your thoughts on it?

Dhoni Is The King Of DRS & He Once Again Proved It. Twitter Is Enjoying
It’s Official. Virat & Anushka Are Married & Pics Of Their Dreamy Wedding Are Out