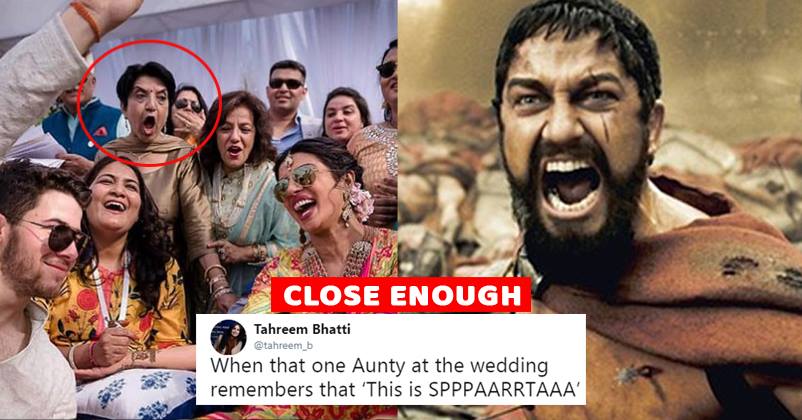 Big star weddings always bring a lot of excitement and happiness for fans. The pre-wedding and wedding celebrations of their favourite stars are nothing less than an extended festival for fans. 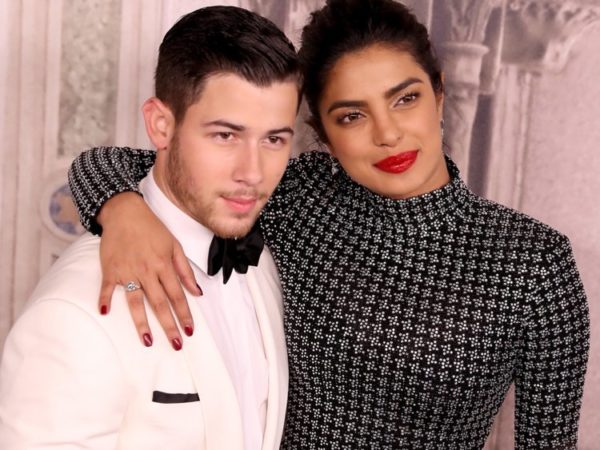 Priyanka Chopra and Nick Jonas’ wedding was nothing less than an international extravaganza for fans and media. It was a destination wedding at Umaid Bhavan, Jodhpur and paparazzi travelled all the way to the location to catch the glimpses of the couple.

They couldn’t capture enough due to tight security and restrictions, but the couple itself shared some pictures from their mehendi and sangeet celebrations recently.

The pictures went viral instantly and became a trending topic of the internet. Apart from the couple, an aunti who was seen in one of the pics of Nickyanka became the topic of jokes and memes. You ask the reason? Well, the said aunti looked extremely excited in the candid picture of Nickyanka and therefore Twitterati just can’t get enough of her. Have a look at the pic- 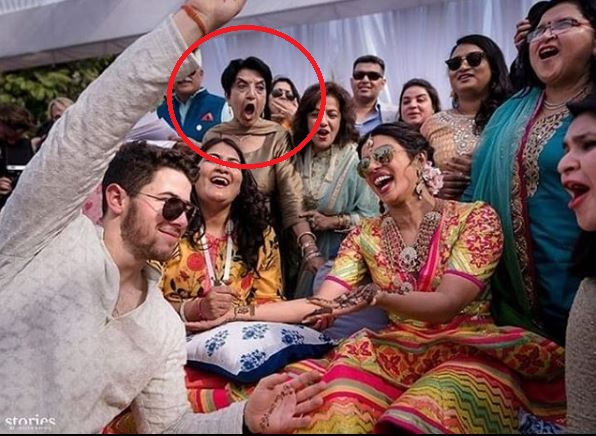 This auntie in the back was my EXACT reaction when I found out Priyanka Chopra and Nick Jonas were engaged pic.twitter.com/R23o1r9tkQ

Meanwhile Indian aunties when they get to know Nick is younger than Priyanka !#NickyankaKiShaadi #NickyankaWedding pic.twitter.com/GQs9TKgoVK

That one aunty that’s against interracial marriage screaming “nooooooo don’t do it Priyanka” pic.twitter.com/OFrHszS9gr

Who’s aunty is this at nick and priyanka‘a wedding I can’t stop laughing pic.twitter.com/UgA1t0p4uw

That expression on Priyanka’ face when she got to know that this Aunty got more attention than her pics on the social media.#PriyankaKiShaadi #NickPriyankaWedding pic.twitter.com/41aqrPEWaw