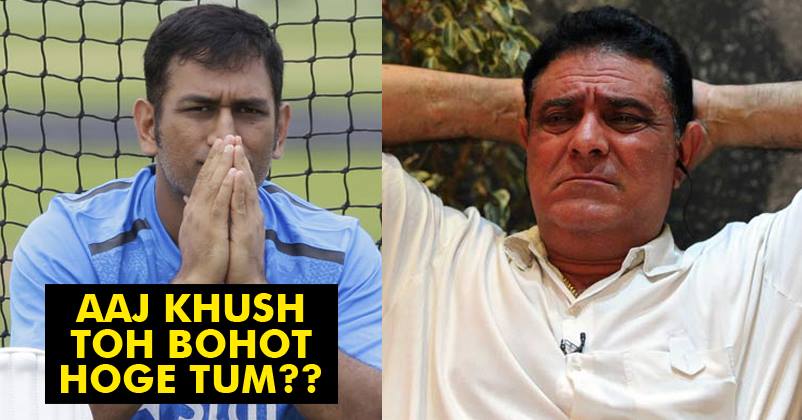 Indian limited overs captain MS Dhoni resigned from Captaincy. Everybody is having different opinion about this decision. MS Dhoni has stunned everybody with his all of a sudden decision of stepping down the captaincy.

When everybody was sad about this incident, some mischievous people started the trend of trolling Yograj Singh after the resignation of MS Dhoni. This trend soon caught fire and Twitter went crazy over it. As we all know, Yograj Singh is the father of star cricketer Yuvraj Singh. There were many incidents in the past that showed the hatred of Yograj Singh towards MSD. He once alleged Dhoni for not selecting Yuvraj in the team. He also compared Dhoni with RAVANA, and said that Dhoni’s ego will soon be finished. Lets have a look at some of the hilarious Tweets

Reaction Of Yograj Singh When He Heard About MS #Dhoni Stepping Down From Captaincy Of ODI and T20I Indian Cricket Team. #MSDhoni #Captain pic.twitter.com/D0j971tg47

Yograj Singh after MS Dhoni stepped down from captaincy.
. pic.twitter.com/xko8WWFh16 Yograj Singh made serious allegations on Dhoni many times in the past. On the other hand, Yuvraj Singh always denied all the allegations that his father made. He always said that there is no role of MSD in his exclusion from Indian cricket team and maintained said that he and MSD are very good friends.

So guys what’s your take on these tweets? Do share your views in our comments section belwo.