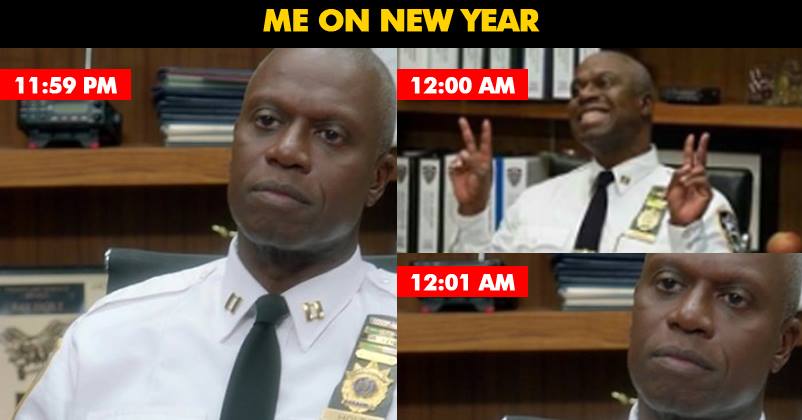 New Year 2019 is here and it brings new excitement among people generally for everything. Some people have new goals, some will try to fulfil the old ones and others have absolutely no hope even this year.

While a lot of people entered 2019 partying and holidaying, Twitterati as always remained busy creating memes and jokes.

Memes on 2019 were all about the temporary excitement of people and how it’s all going to settle down after the people end celebrations. A lot of memes were about how so many people will just watch award shows with families instead of holidaying and partying. Have a look at some hilarious ones.

When you skip going to the gym on the first day of the year.

I can finally relate to those new year memes pic.twitter.com/FrJAY2YGX4

I'm up for the challenge. Happy New Year, everyone! pic.twitter.com/iZQpiDilRH

people saying 'new year, new me' and claiming they'll lose the weight they've said they'll lose for the past 5 years in a row pic.twitter.com/GtVFRCVRJx

here’s the new version of this meme

Isn’t that really hilarious? We are sure so many of you can relate to these.

Continue Reading
You may also like...
Related Topics:New Year 2019

This Woman’s Voice Sounds Exactly Like Apple’s Siri, But Is It Real Or Fake?
Man Noticed Alien Activity Near His Home,Contacted Modi’s Office For Help