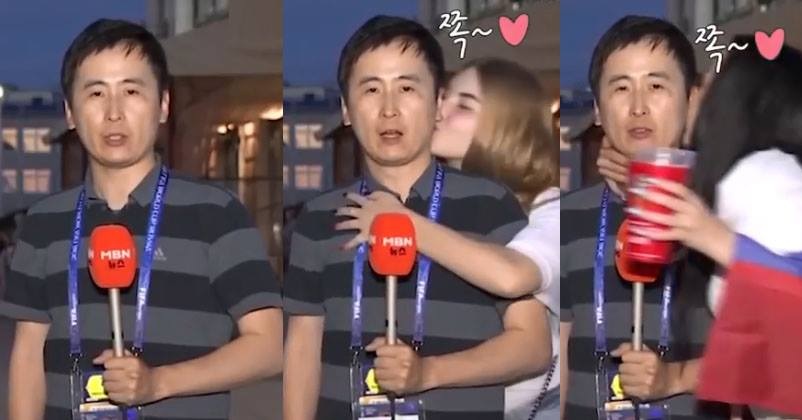 Many times we have seen that the reporters who report live from the location get distracted by people around them and in fact, sometimes onlookers make attempts to get noticed by diverting their attention.

Occasionally, these attempts are indecent and absolutely disgusting. The same is happening in the FIFA Football World Cup 2018 too as we have already seen female reporters having some bad experiences with the crowd.

However at other times, such attempts of distraction are so eye-catching and bizarre that they get viral on web and social media as the one of a Korean male reporter. 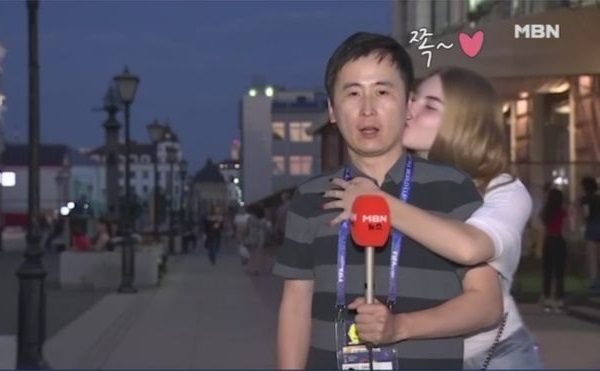 Yes, you read it right! A Korean male journalist lately had to face an awkward situation as he was kissed on cheeks by two beautiful girls while he was reporting for his channel.

The name of the reporter is Jeon Gwang-ryeol and he works for channel MBN. The so-called incident happened on 28th June when he was reporting from Russia.

The video in which two girls are kissing him has gone viral and it can be seen that after the second kiss, he was not able to hide his embarrassment and started smiling. 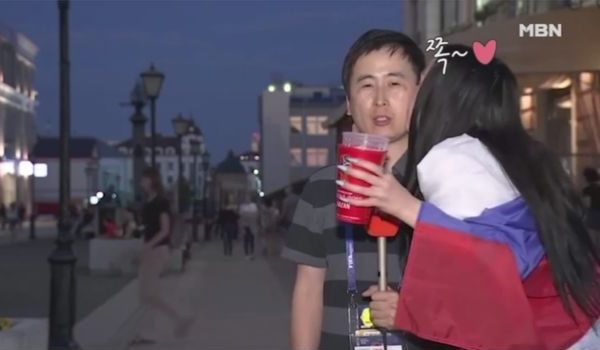 Well, many men must be thinking how great it would have been if they were in his place. Agree?

What do you have to say about this incident? Let us know your views.