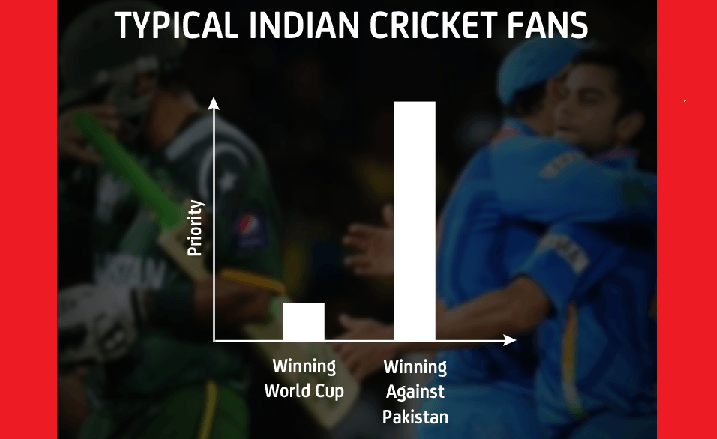 No doubt, India has no dearth of cricket fans for whom matches become a question of life and death. Incredible are the ones who break their TV set, commit suicide, burn posters, throw stones etc. if Indian cricket team loses a match. Now if the craze is that high, it’s a natural fact that there are amazing reactions and behavior of people in connection with cricket matches.

Here are different and mind-blowing responses as well as actions performed by Indian cricket fans:

1. Indians were in support of New Zealand rather than Australia in finals because Australia defeated India in semi-finals. Jo Hume Hara De, Wo Ultimately Kaise Jeet Jaaye? 2. Their interest towards the match changes with the player. 3. Our expectations get higher and higher with every victory. 4. Points or wickets with which a team wins matter less than the new ad of ‘Mauka Mauka’ 5. We lose hopes of India’s winning the match after Dhoni is out. 6. We have to necessarily fell ill on the day of the match. 7. Defeating Pakistan is more important than to win World Cup. 8. Ignoring other factors, we believe that Anushka Sharma is the whole and sole reason for losing semi-finals. 9. We begin to power off the TV as the wickets fall. 10. No matter whether India wins or loses, we consume more alcohol on the day of the match than any other day. Jeet Gaye To Khushi Me Aur Haar Gaye To Gam Me But Peete Jarur Hain… Top 10 Friendship Songs That Prove Friendship Is The Best Relation Ever!
10 Images That Can Help You Identify Whether Man Is Single Or Taken