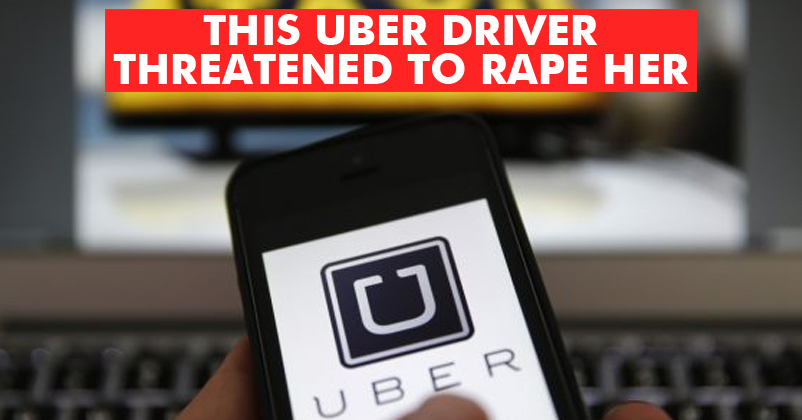 There is no denying the fact that women safety in India or for that matter anywhere in the world is still a debatable question. Every single day we read a lot of articles where women are harassed, attacked and raped.

On a fierce encounter, an Uber Cab Driver in Kolkata, threatened his 27-year-old passenger that he planed to rape her by saying “rape korey debo”, while he steered the taxi towards an isolated place in the city.

Now in such kind of situations, its very difficult to gather courage, but what this lady passenger did was simply amazing.

The woman jumped off the moving car, hit him on his shin bone and back on his knees and ran off. She later said in an interview “I won’t be a victim and be found dead in the bushes by the roadside,” The Uber Cab driver has been identified. His name is Santu Pramanik who is 28-year-old. He was arrested on Tuesday, a few hours after the woman filed a police complaint.

In her interview she recounted how the driver started behaving badly after they dropped her friend off. When she was alone in the cab, he started driving rashly, swerving left and right, going in the wrong direction, and eventually telling her that he would drop her off wherever he pleased.

When they reached their destination, the girl asked him to take a left turn which would further lead to her house. But the driver told her that since her address was not showing on his GPS, he would drop her wherever he wished.

She started protesting and demanded him to stop the car immediately. The driver turned and told her in a very cold voice, that he would rape her and dump her body in a ditch. He also told her that he had done this to several other women before.

She further added by saying,

“I had taken self-defense lessons in school around 15 years ago and all that training suddenly came in handy.”

On reaching home, the woman informed Uber officials about her ordeal but got a senseless response from the Uber manager that the driver was suspended a long time ago. When she asked Uber why he had not been removed, the company official said that his cab had not shown up on her Uber app.