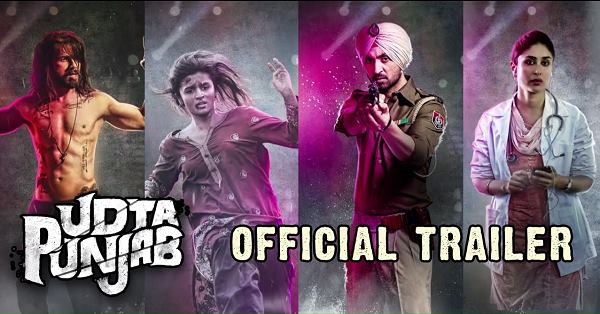 Official Trailer of Udta Punjab starring Kareena Kapoor, Shahid Kapoor, Diljit and Alia is released in YouTube. It was out on the official YouTube Channel of the producer and now, we have posted it below for you.
Produced by Phantom Films and Balaji Motion Pictures, this movie is Directed by Abhishek Chaubey. The music is composed by Amit Trivedi and Rajeev Ravi has taken care of the cinematography.

Before this trailer was released for general public, it was watched by some celebrities. Taran Adarsh also had watched it before and shared his reviews on the same. The same was shared on official Twitter handle. This was his twitter:

This trailer is just awesome and the 1st thing that catches the eye is its content. After seeing this, I am sure, you too are awaiting to watch the movie. The final release date of Udta Punjab is 17th of June 2016.

This Doll Face Girl Will Steal Your Heart But When Seen Closely, You Won’t Dare Propose Her
See How Shahid Said ‘Haan Main Baap Banne Wala Hu’! You Would Love His Reaction!