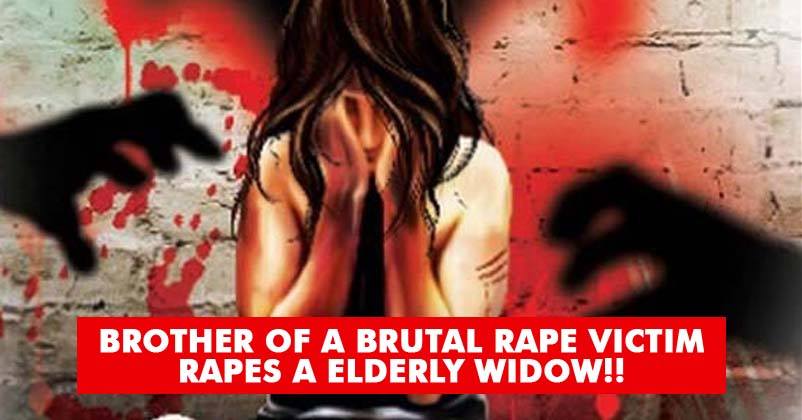 It has not been long since we heard about a brutal Nirbhaya rape case happened in Rohtak. The three rapists allegedly kidnapped and repeatedly raped the 23-year-old divorcee and also shoved a sharp-edged weapon in her genetics before raping her again. The monsters, then smashed her head with a brick to make it hard to identify her.

But what happened recently makes us feel even more embarrassed. The brother of Nirbhaya has been booked by local police for raping and robbing a widow. As per the report in TOI, the victim is a mother of three children and is believed to be close to the family of the earlier victim and her brother. She had been seen consoling the mother after the rape and murder of her daughter had come to light. As per the complaint filed by the widow, who lives close by, the accused man came to her house in a drunken state last week and raped her.

The middle-aged woman who is said to be in her early 40s has also alleged that the accused took away her jewellery and other valuables. She lives alone as her only son is in jail in a murder case, while her two daughters are married.

“No arrests have been made so far as we are verifying the facts. Since the survivor and accused are known to each other, we are treading cautiously. We will take action after collecting all details.” Well, this is indeed very shameful on a man’s side who has already felt the pain a rape victim and her family goes through. The man should be given hardest possible punishment if the allegations are true.

This Hot Model Attracted Men With Her Looks! What She Did Next Will Make You Stay Away From Girls
Big News For CBSE Students: From Now On 10th & 12th Exams To Be Held In This Month & Not March!