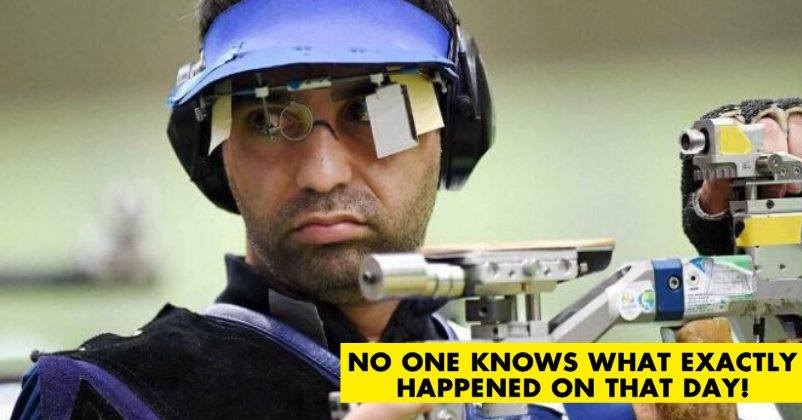 It is the hard work of many years that finally pays you off. If you work hard, you are destined to taste success. But sometimes, it just isn’t your day. Olympics is the Mecca for sportsmen and athletes from all around the world. And if these athletes are even good enough to qualify for this sporting event, it is itself a big achievement for them as well as for their country.

Now as we all know that unfortunately Abhinav Bindra couldn’t make it upto the top 3 position which hindered his opportunity to win a medal for India in Rio Olympics 2016. He was the prime contender for the gold medal and has previously won many medals for India in various world championships. He missed out the opportunity of bagging the bronze medal by a very small margin after scoring 163.8 and setting at 4th position in the 10m Air Rifle Finals. Now apart from Shobha De and few other low lives who are criticizing many other Indian athletes who couldn’t manage to win medal for India, many of us believe that this moment wasn’t meant for them just for today. Tomorrow is another day with a brighter morning. And life will give them immense opportunities. They don’t have to prove anything to anyone. Well we all know the basic rule of the game – A win is a win and a loss is a just a mere loss. There are no excuses for anything.

But sometimes we do need to look down at possibilities and factors that determines an athlete’s performance on the field. Some people are able to track it properly, while some reasons are covered and buried deep in the piles of mysteries.

But thanks to the senior journalist Digvijay Singh Deo who took this incident to Twitter where narrated about what had happened with Abhinav Bindra just way before his competition.

It is no Bollywood Masala story but just a common incident that can happen with any of us. Abhinav Bindra had fallen down along with gun which he had been using for so long. And in this unfortunate misery, things went ugly. Abhinav Bindra’s sight got damaged. No not EYE’S SIGHT. A Sight is a piece of equipment which is used to focus and aim at the target while shooting. And this made him replace his riffle and use the other one which was not that familiar in handling as well in feeling it in his hands.

Knew about this during qualifying but was asked to shut up. He had a small incident this morning

He fell down along with his gun, the sight broke but he shot with a replacement,struggled but fought to finish fourth.No excuses at all

Many of you now might say that these things doesn’t really make any difference. But in such competitions, such factors do affect a player’s instincts.

This incident took place in front of Digvijay Singh Deo but Abhinav Bindra being a mature professional asked him to not to disclose about this incident in front of anyone.

But after Shobha De’s ridiculous allegation on Indian Athletes, Journalist Digvijay Singh Deo couldn’t stand it and shares this incident on his twitter account.

As an individual and a citizen of this country, I thank Abhinav Bindra for representing our country in Rio Olympics 2016. And a medal can never hold the value worth of an athlete’s life long dedication and service for his country. Olympics is not about medals, but about the stories of people who are participating in it. The struggles that they went through in their life for reaching at this stage where the whole world is applauding them. Please share you views in the comment section below and let us know what you think about his fabulous dedication.