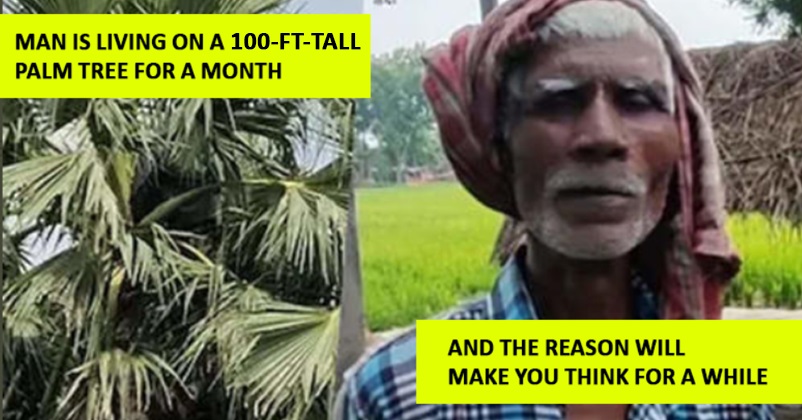 The fights between husband and wife is not new as it takes place in almost every household, usually couples resolve the matter on their own but sometimes the issue goes out of hand and the world also gets to know about it. 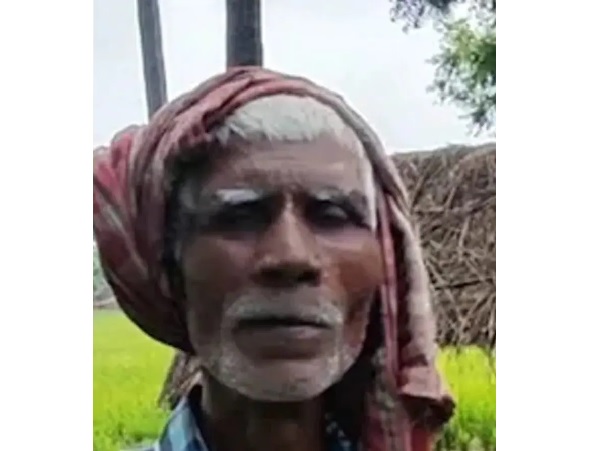 A weird incident has taken place in a village in Mau district, Uttar Pradesh, where a person named Ram Pravesh started living on the top of a palm tree in his village after he got tired of the daily fights that he used to have with his wife. Now it has been a month that Ram Pravesh has shifted to the palm tree and his father Vishnuram stated that his son was left with no other option because of regular fights. In fact, the father also claimed that his daughter-in-law used to beat his son daily. Currently, Ram Pravesh’s family members provide him food by tying food items to the rope and he pulls the rope.

However, this decision of Ram Pravesh of living on the top of the palm tree has not gone well with the villagers especially women because now he can breach their privacy very easily. The pool used by the women of the village is located close to the palm tree which is 100 feet tall because of which now women are not able to carry out their daily activities and Pravesh can also see into the courtyard of their houses very easily because of the huge height of the tree. 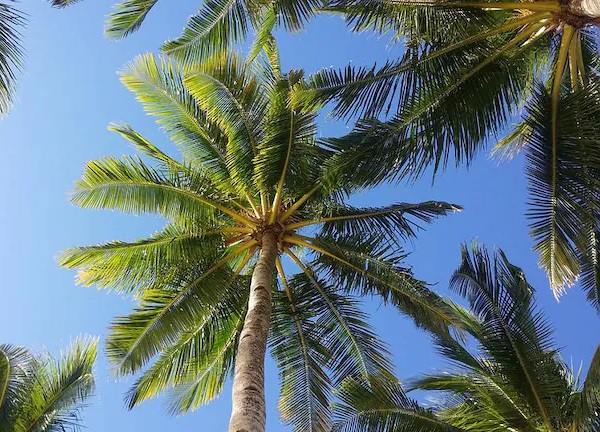 The villagers have tried a lot to persuade Ram Pravesh to come down from tree but he is not letting them come near to the tree by throwing bricks at them. The villages were left with no choice other than filing a complaint with the police. The police officials have visited the location, made a video of it and assured that they will take an action soon.

The twist in the matter has been given by the village head Deepak who has claimed that while it is being publicized as a matter of fight between husband and wife, the real issue is Pravesh’s tussle with his father because of which he has climbed atop of the palm tree.

Now, we will certainly like the police to investigate the matter so that the truth comes out soon and whatever the issue is, we hope that it gets resolved soon so that the man is able to live a normal life again.

Sehwag To Dhoni, The Indian Cricketing Legends Who Owe Their Success To Sourav Ganguly
Virat’s Fans Hit Out At Sourav Ganguly As He Tells Kohli To Score Runs For Himself