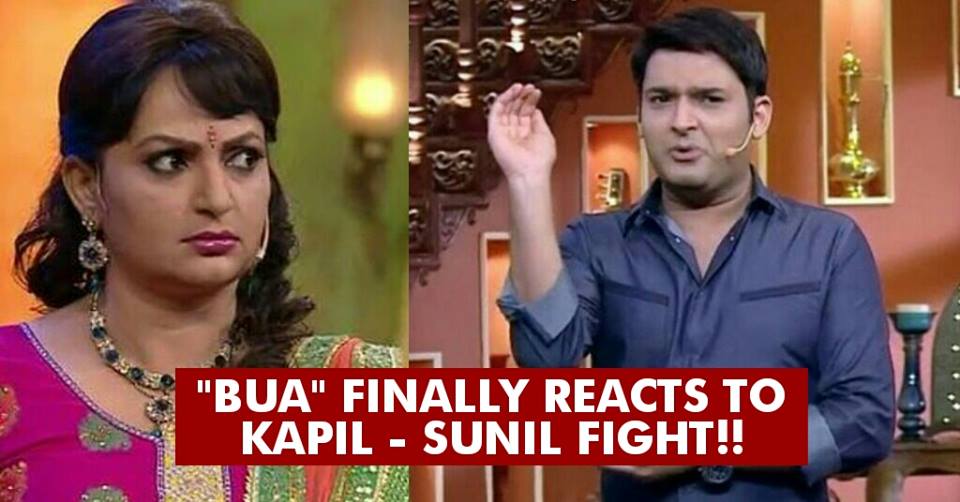 Upasana Singh, famously known for her character Bua is back on The Kapil Sharma Show.

The ace comedian left the show midway due to some personal reasons. Post the fight, the channel is trying to bring new characters in the show. In such case, Upasana seemed like a perfect choice. Upasana is really happy to be back in the show. When Pinkvilla contacted her, she said,

“This is a different role altogether. I am not playing Bua this time, but a new relative of Kapil’s family. It will be a permanent role on TKSS. People used to constantly ask me, ‘when will you be back on the show’ and tell how much they were missing me. And now, here I am.”

Everyone is talking about the fight and when the website asked her about the same, she sounded rather positive about Sunil’s comeback, she said,

“Kapil himself wants to patch up and wants them back. And I do not see any negative hopes of them not coming back. Every family has issues and problems, but no family breaks. It’s just a hard time which will soon fade away. I am completely hopeful of them to be bouncing back on the show.”

While we all know that she was missing in the show since a long time, she self-confessed that she missed the entire team and her friends.

She said, “Yes, I do miss my friends who have left the show. We all actors used to sit around, chit chat and have great fun. We had a great rapport with each other. I am back after a long time on TKSS and they have been shooting since long. But yes, I have been missing them on sets. They were good friends and have done some extraordinary work on the show.”

We also missed our favorite Upasana on the show, we are eagerly waiting for the weekend episode to catch her new avatar on the screen.

On the note, if Kapil is trying so hard, we really want to request Sunil to accept the apology and come back on the show for his fans. Everyone is missing the entire team of The Kapil Sharma Show.

People love Kapil Sharma more than Sunil Grover! Here’s The Proof
Virat Kept His Profile Picture With Anushka! Is It A Hint That She Too Should Confess Her Love?