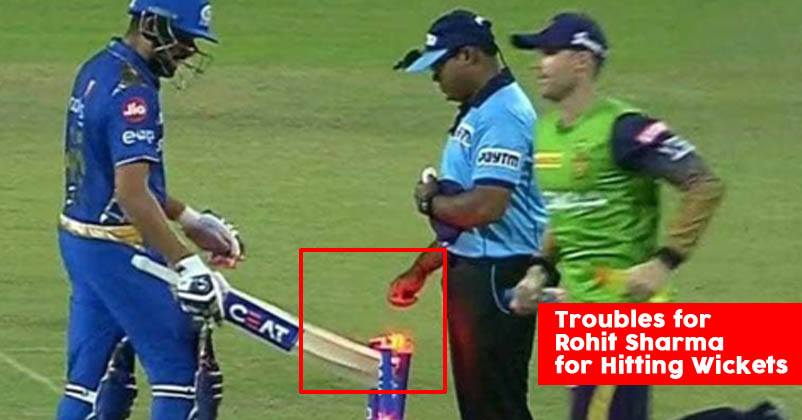 The IPL match between Mumbai Indians (MI) and Kolkata Knight Riders (KKR) which was played yesterday at Eden Gardens will be remembered for a long time, especially for the innings played by Andre Russell and Hardik Pandya. Batting first, KKR put up a mammoth total of 232/2 on the board with the help of Andre Russell’s knock of 80* and Shubman Gill’s innings of 76 runs. 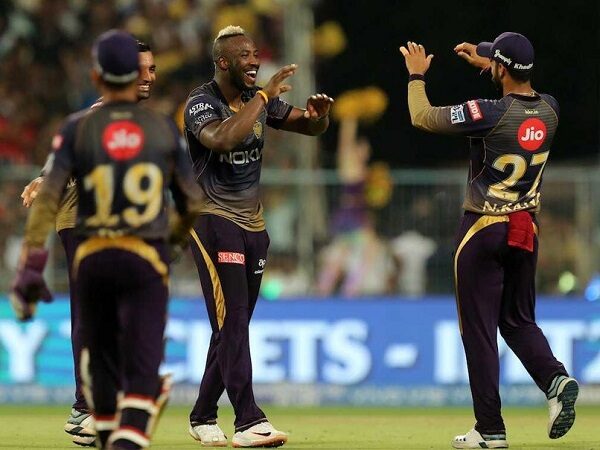 The Mumbai Indians didn’t have a good start as their opener Quinton de Kock went for duck and the other opener and skipper Rohit Sharma could manage only 12 runs before getting lbw out to Harry Gurney.

However, Rohit was not convinced with the on-field umpire’s decision so he opted for DRS but unfortunately for MI, the decision was upheld and Rohit Sharma was given out. Before walking to the dugout, the MI skipper was obviously not in a good mood. He hit the stumps with his bat at the non-striker’s end which resulted in dropping of bails and he also talked to the umpire for a brief time.

It was considered as a breach of the Code of Conduct and Rohit was booked under Level 1 of 2.2 of IPL’s Code of Conduct for which he was fined 15 percent of the match fee. 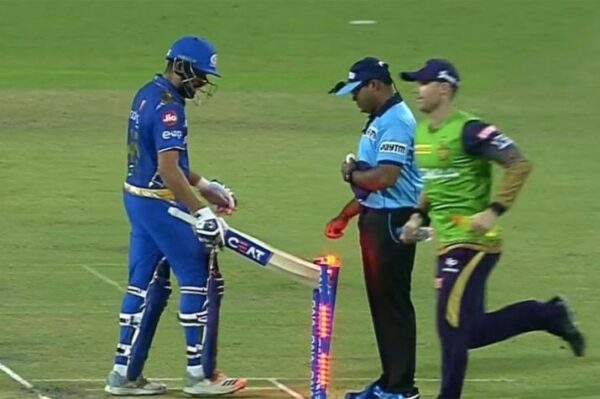 IPL made a statement in which it said that Rohit Sharma has accepted the sanction. Mumbai lost the match by 34 runs despite Hardik Pandya’s blistering knock of 91 for which he played only 34 balls.

The teams are playing hard to enter the playoffs and as of now, only CSK has confirmed its place in the knockout stage.

Will Virat Kohli Not Be Able To Cast Vote In Lok Sabha Elections? He Shared The Truth On Instagram
KXIP Gave Kohli “Kuch Bhi Award” After His Taunting Gesture To Ashwin. This Is How RCB Reacted