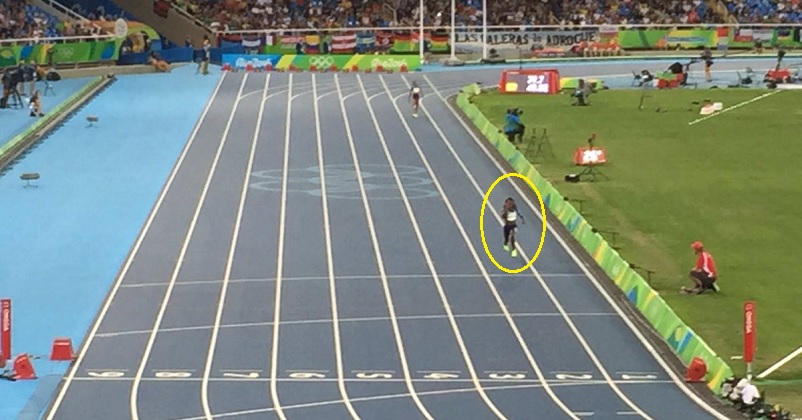 The most perfect and the recent example of such an incident took place when USA Women Relay Team shocked the whole world by dropping down the Baton in the very first round of 4X100 mts relay racing competition. It was more shocking to address such an incident as they were the defending champions who had won Gold Medal in London Olympics 2012 and are perhaps the only team capable to beat the fast Jamaican Team. But unfortunately the exchange of Baton went completely wrong. The moment of error happened during the second exchange of the baton in the first round when Allyson Felix seemed to throw the baton to the third runner English Gardner. During such critical moments, the next runner is required to keep his/her eyes directed forward as they accelerate and get up to speed just before the exchange. Unfortunately Allyson Felix started to loose her balance which was not observed by the next runner English Gardner because of her position which eventually resulted in a confusion. Gardner started off with a brilliant speed but soon realized that they had dropped the Baton in the exchange zone itself which left all the team members of USA dissapointed.

But things got a bit interesting when USA appealed for a review and The Rio Games Jury of Appeals reviewed the replay and found out that the interference by the another team caused Allyson Felix to lose her balance and thus created confusion at the exchange region. And surprisingly, it was the Brazilian Team member who got into Felix’s way. And with this interference, Brazil was disqualified and USA was given another chance to qualify into the final.

And hence, at night, when there were no other opponent, and it was just them – the four team runners were asked to run again. Their target to qualify for the the finals was to beat China’s 8th position by finishing the race well within 42.70 seconds. And this time it was completely perfect by completing the race well within 41.77 seconds which was the season’s best record. There were no opponents and the race looked like what is well defined as a “glorified practice” run by the USA runner Gardner.

Unfortunately, this amazing record set by USA knocked off China which was in the 8th position. Although China filled their own appeal for the protest but it was immediately denied by the Rio Games’ Jury of Appeals. And this is how USA managed to qualify for the finals without literally competing against any opponent racers on the racing track.

While Watching Final, Salman Khan Showed Her Photo To Mom & Said…
This Olympian Was In Tears After He Was Booed By The Crowd During Medal Ceremony